First US ambassador to Sudan in 25 years lands in Khartoum 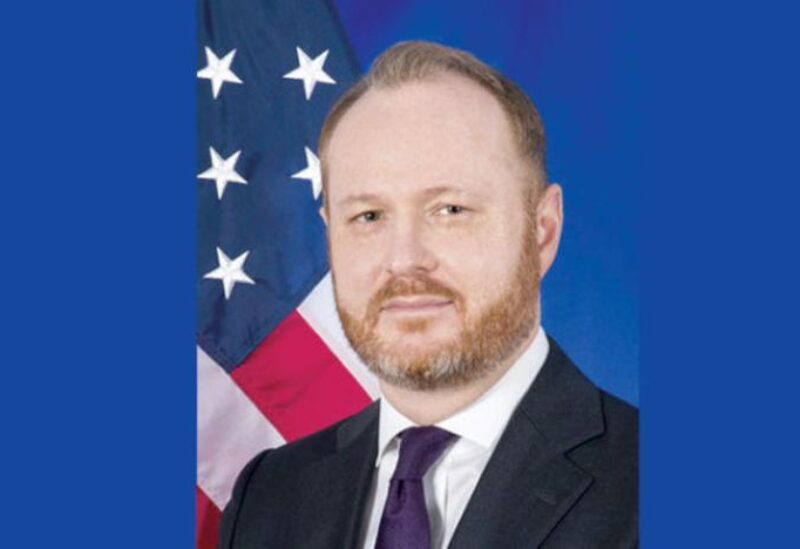 US Ambassador to Sudan John Godfrey (US State Department)

John Godfrey landed in Khartoum on Wednesday to assume the position of the first US ambassador to Sudan in almost 25 years.

“Ambassador John Godfrey arrived today in Khartoum, the first US Ambassador to Sudan in nearly 25 years,” the US embassy said in a statement.

“Godfrey will work to strengthen relations between the American and Sudanese people and to support their aspirations to freedom, peace, justice, and a transition to democracy… He also looks forward to advancing priorities related to peace and security, economic development, and food security,” it added.

Godfrey is the first US ambassador appointed to Khartoum since 1996. He is fluent in Arabic, and served as the Acting Coordinator of Counterterrorism and Acting Special Envoy for the Global Coalition to Counter ISIS in the State Department’s Bureau of Counterterrorism. He also worked as a political advisor at the US Embassy in Riyadh, and as a political official at the US Embassy in Damascus.

“I am delighted to arrive in Sudan,” Godfrey said in a tweet on Wednesday. “I look forward to deepening relations between Americans and Sudanese and to supporting the Sudanese people’s aspirations to freedom, peace, justice, and a transition to democracy.”

In the hearing held by Congress to ratify his post, the US diplomat said that the resumption of development aid to Sudan was linked to a democratic, civilian-led and credible transition process.

He added that the United States would use all available tools to support the Sudanese people in their quest for a democratic and prosperous Sudan in which human rights are respected.

In response to a question by Democratic Senator Chris Coons, who introduced a legislation to sanction Sudan’s military leaders, the candidate ambassador did not rule out imposing sanctions of this kind, saying that sanctions were an important tool to reveal the names involved, and push for a change of attitudes.

But he added that he wanted to study their impact on the actions of the army leaders and their financial resources, and on the Sudanese economy, and how they would relate to the US diplomatic strategy in general.