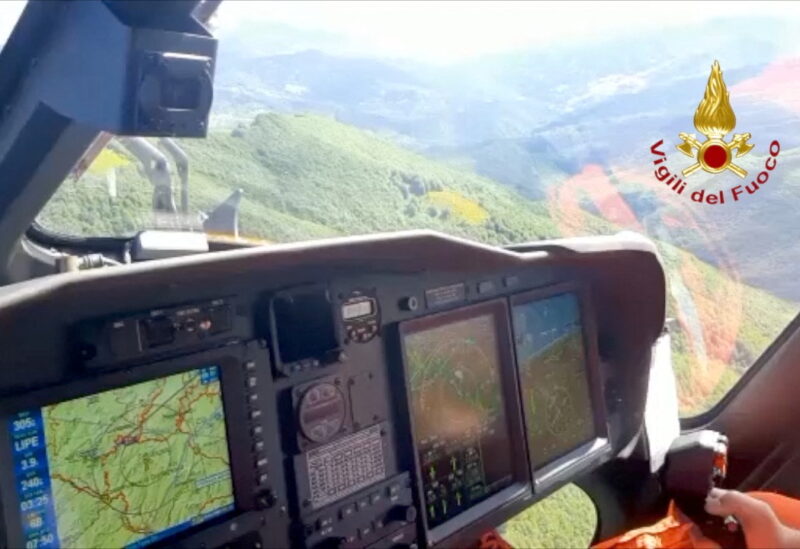 Fire brigade perform a search operation for a helicopter that vanished on Thursday with seven people aboard, including four Turkish businessmen, on the Apennines, Italy, June 10, 2022. Vigili del Fuoco/Handout via REUTERS ATTENTION EDITORS THIS IMAGE HAS BEEN SUPPLIED BY A THIRD PARTY. DO NOT OBSCURE LOGO.

Five persons were found dead after a helicopter accident in Italy, according to rescuers quoted by the Ansa news agency on Saturday, while two passengers were still missing.

The helicopter took off from Lucca, Tuscany, on Thursday and was on its way to Treviso, in northern Italy, when it vanished from radar screens after hitting bad weather above a steep, forested area.

Seven people were aboard the helicopter, including four Turkish businessmen working for firm Eczacibasi Consumer Products who had been attending a paper technologies fair, the company said in a statement.