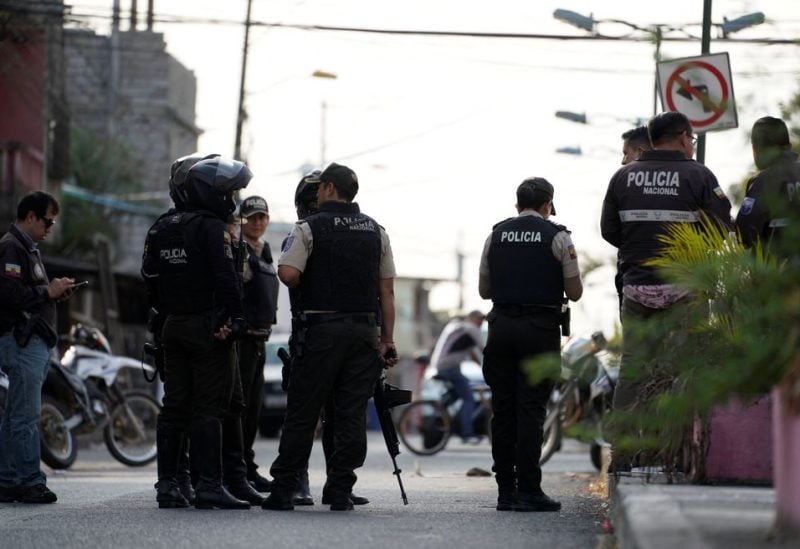 Police officers stand at a crime scene where police officers were killed in response to prisoner transfers from overcrowded prisons, prompting President Guillermo Lasso to declare a state of emergency in two provinces, in Guayaquil, Ecuador November 1, 2022. REUTERS

In reaction to prisoner transfers from overcrowded and dangerous prisons, at least five Ecuadorean police officers were killed on Tuesday in explosive attacks. This prompted President Guillermo Lasso to announce a state of emergency in two districts.

Conservative Lasso has frequently claimed that drug gang revenge for his government’s efforts to stop the trade is to blame for violence, including that which occurs within jails.

Ecuador is a transit point for drugs destined for the United States and Europe.

The attacks overnight and early on Tuesday morning, including nine explosions in two cities, were an open declaration of war by gangs, Lasso said in a video address.

According to Lasso, “What transpired in Guayaquil and Esmeraldas between yesterday night and today plainly demonstrates the bounds that the trans-national organized crime is willing to transgress.” “They are reacting violently because we are doing actions that worry them.”

In Guayas and Esmeraldas provinces, where security personnel will step up operations and a curfew will go into effect at 9 p.m., he announced a state of emergency. time zone.

In an effort to stop violence, Lasso, who postponed a personal trip to the United States in response to the attacks, has used emergency declarations numerous times.

Six explosions were reported early Tuesday morning in several areas of the western city of Guayaquil, the police said, while two policemen were killed in an attack on a patrol car in the suburbs.

Three other officers were killed in the city and nearby later in the day, the police said on Twitter.

Three explosions were reported in Esmeraldas and seven prison officers were taken hostage by inmates in protest of prisoner transfers.

Following discussions, the officers were freed, according to the SNAI prisons agency.

Since late 2020, jail violence has increased dramatically and at least 400 people have died as a result. Ecuador’s prison system has had fundamental issues for decades.

The most dangerous jail in Ecuador, Penitenciaria in Guayaquil, has relocated 515 inmates to other facilities across the nation, according to SNAI.

According to the statement, the transfers are intended to ease prison population safety concerns and alleviate congestion.