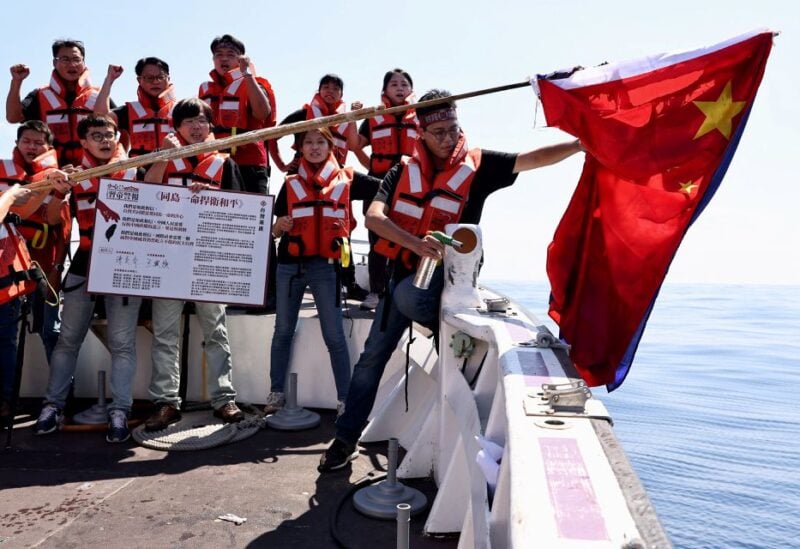 Members of the pro-independence Taiwan Statebuilding Party burn a Chinese flag on boat trip in the Taiwan Strait in Kaohsiung, Taiwan, October 1, 2022. REUTERS

On Saturday, two tiny Taiwanese organizations at opposing sides of the debate over relations with Beijing honored China’s national day with flag raisings and flag burnings, polar opposite reactions at a time of escalating tensions across the Taiwan Strait.

Mao Zedong declared the People’s Republic of China on October 1, 1949, with the defeated Republic of China government retreating to Taiwan at the end of that year and remaining there to this day, none of which recognizes the other.

China’s national day is not officially observed in Taiwan, which commemorates its national day, the foundation of the Republic of China, on October 10.

However, some tiny groups in Taiwan celebrate China’s national day, either with pride in being Chinese or with rage at Beijing’s threats towards the island, particularly after China held military drills near Taiwan in August.

The Taiwan People’s Communist Party assembled some 200 people, primarily elderly, in a rural portion of Tainan in the south to sing China’s national song and hoist the country’s flag on what the party described in a press release as “a hallowed part of China’s soil.”

Party Chairman Chen Yi-chi told Reuters on the boat in the Taiwan Strait that burning the flag was not provocative.

The party lost its only member of parliament last year after he was voted out in a recall election.

China considers Taiwan to be part of the People’s Republic, over the strenuous objections of the government in Taipei, which says Beijing has no right to claim it or speak for the Taiwanese people.