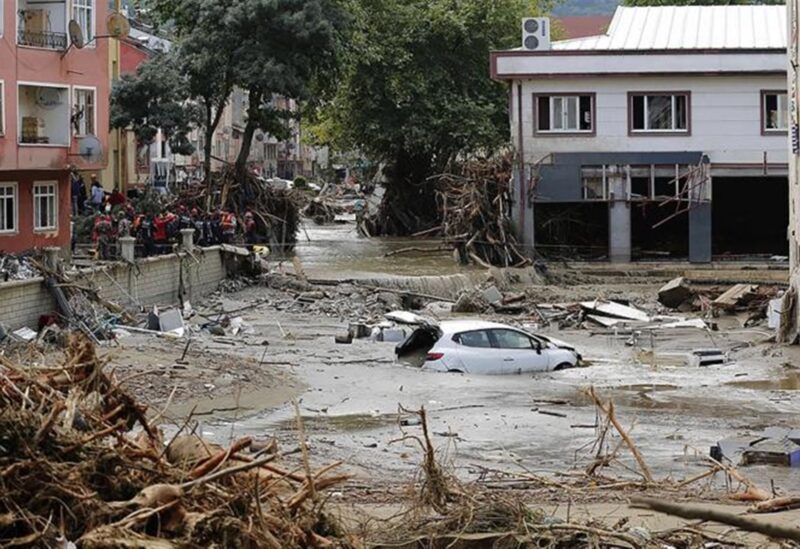 Nine people were killed in flash floods in Kastamonu in Turkey’s Black Sea region that sent water and debris gushing through streets and damaged bridges, authorities said on Thursday.

There was also flooding in the Black Sea provinces of Sinop and Bartin, where one person went missing on Wednesday and another died due to a heart attack, according to state broadcaster TRT Haber.

More than 900 people were evacuated from the areas affected in the three provinces, some with the help of helicopters, and about 550 people were being housed in student dormitories, the Disaster and Emergency Management Directorate (AFAD) said.

The deluge damaged power infrastructure, leaving more than 170 villages without electricity, it said. Four bridges had collapsed and many others were damaged, leading to road closures, AFAD added.

Television footage showed the floods dragging dozens of cars and heaps of debris along the streets. The heavy rainfall in the region was expected to ease on Thursday evening, AFAD said.

Turkey’s north is prone to flash floods in the summer when rains are particularly strong. Last year, at least five people were killed in floods in the region.

In contrast, the southern coast of the country has battled raging wildfires that have burnt tens of thousands of hectares of forest over the last two weeks.