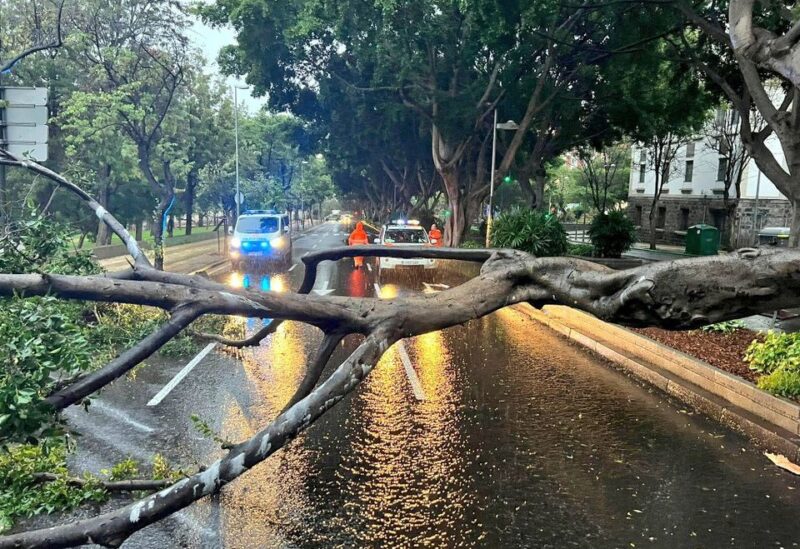 A broken tree lies on a street following a storm in Santa Cruz de Tenerife, Canary Islands, Spain in this picture obtained from social media

Flights were canceled across Spain’s Canary Islands on Sunday as storm Hermine swept in from the Atlantic, bringing heavy rains to the famous tourist spot.

Many flights were canceled, including 34 from Tenerife North airport, 22 from La Palma, 14 from El Hierro, eight from Lanzarote, and four from La Gomera.

As a precaution, the regional administration shuttered schools on Monday.

At a news conference on Sunday, regional president Angel Victor Torres said the storm was projected to pass closest to the islands between 11 p.m. on Sunday and 11 a.m. on Monday.

Hermine was projected to hit the Canary Islands as a tropical storm, but the US National Hurricane Center reduced it to a tropical depression on Sunday. It was predicted that heavy rains will continue through Monday.