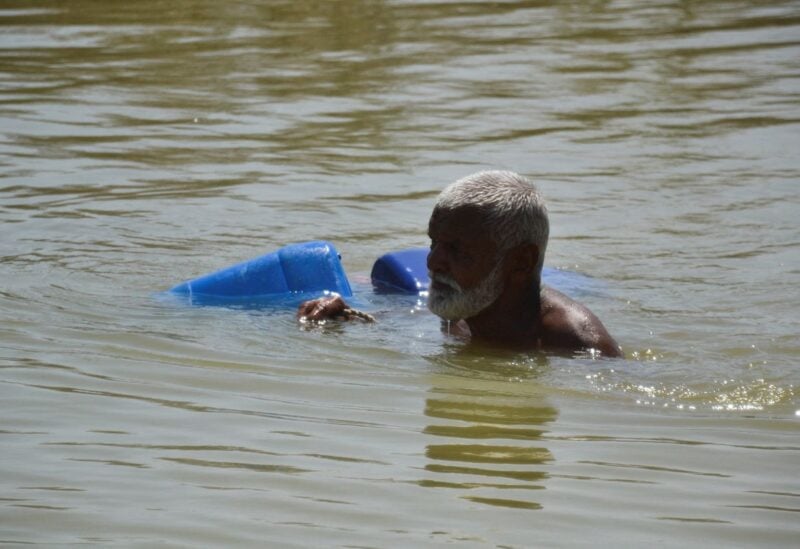 A man, displaced because of the floods, wades through flood water to fill the canisters, following rains and floods during the monsoon season in Sehwan, Pakistan September 20, 2022. REUTERS/Stringer/File Photo

Pakistan should halt foreign debt repayments and restructure debts with creditors after recent rains exacerbated the country’s financial situation, according to the Financial Times, citing a UN policy note.

According to the memorandum, which the UN Development Programme will discuss with Pakistan’s government this week, the country’s creditors should explore debt relief so that policymakers can prioritize disaster response funding above loan repayment.

The country’s foreign office in Islamabad did not respond to a Reuters request for comment on the memorandum. Pakistan’s finance minister and information minister could not be immediately reached for comment.

Pakistan has earlier estimated the damage at $30 billion, and both the government and U.N. Secretary-General Antonio Guterres have blamed the flooding on climate change.

The memo further proposed debt restructuring or swaps, where creditors would let go of repayments in exchange for Pakistan agreeing to invest in climate change-resilient infrastructure, FT said.

Floods have affected 33 million Pakistanis, inflicted billions of dollars in damage, and killed over 1,500 people – creating concern that Pakistan will not meet debts.