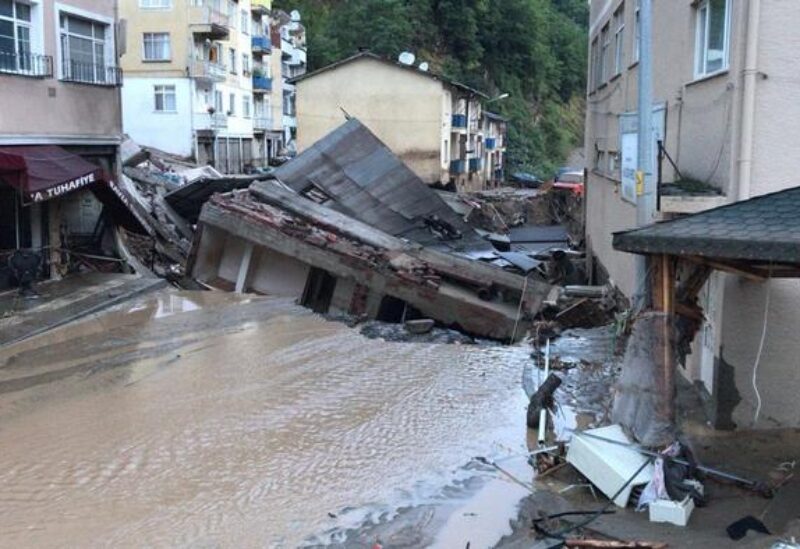 Heavy rains that hit Turkey’s northern Black Sea provinces on Wednesday, led to a new wave of floods, with one elderly woman missing and 13 other people injured, according to authorities, Anadolu reports.

In the Ulus district of Bartin, one of the hardest-hit areas, Arife Unal, 85, went missing after her house was destroyed by floods. Gendarmerie, coast guard, and Disaster and Emergency Management Authority (AFAD) teams along with locals continue the search.

The floods also damaged many houses and businesses while also sweeping away vehicles in Bartin.

Thirteen people were injured in various areas of Bartin, with vehicles overturned due to a collapsed bridge. The injured were taken to nearby hospitals.

The disaster agency said there were power outages in a dozen villages in Bartin’s Ulus district.

The Northern Sinop province was also affected by the floods, with a public hospital in the Ayancik district evacuated, according to AFAD.

Officials in the city of Sinop said on social media that heavy rains will continue Wednesday and Thursday, warning the public of possible floods and landslides.

The Karabuk and Kastamonu provinces were also affected by the floods, with floodwaters damaging buildings, vehicles, and agricultural fields.