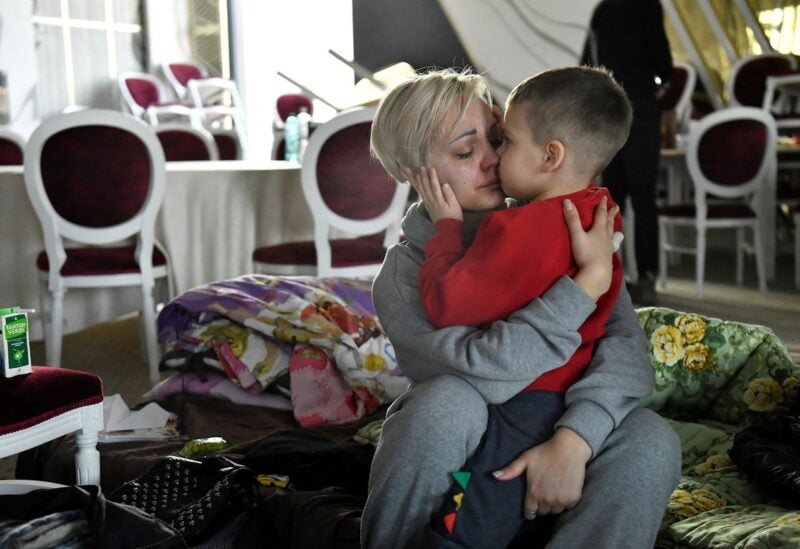 Officials in Central Europe voiced concern on Sunday that they were reaching capacity to comfortably house some of the nearly 3.5 million refugees who have fled Ukraine since Russia’s invasion and are now camped in temporary accommodation.

Most of the Ukrainians have arrived at border points in Poland, Slovakia, Romania and Hungary, data compiled by the U.N. refugee agency shows, putting pressure on the European Union countries now attempting to shelter them.

Czech Interior Minister Vit Rakusan said the government would seek to extend a state of emergency to deal with the influx, with officials trying to relocate new arrivals to cities outside the capital Prague to ease the pressure.

“The Czech Republic is balancing on the edge of capacities where we are able to provide comfortable living conditions,” Rakusan said during a television debate. “Living in gyms, sleeping bags, or campsites is not good for life.”

In Poland, whose Ukrainian community of around 1.5 million is the region’s largest, refugees waited in line for a third day in front of the National Stadium temporarily turned into an administration office to register new arrivals.

More than 2 million Ukrainians have crossed into Poland since the invasion by Russia, which it says is a “special operation” aimed at demilitarising Ukraine, began on Feb. 24. Ukraine and the West say Russian President Vladimir Putin launched an aggressive war of choice.

Warsaw officials say this has increased the Polish capital’s population of 1.8 million by 17%.

“We never know how many refugees will arrive,” Warsaw city council spokeswoman Monika Beuth-Lutyk said. “We have done everything we can and the next move is up to the government to implement a system and to build refugee towns.”

At the Medyka crossing, Poland’s busiest along the country’s some 500-km (310-mile) border with Ukraine, aid groups were preparing for a surge of refugees if humanitarian corridors allowed Ukrainians in areas under siege to escape.

An International Organization for Migration spokesman said that thousands of people have crossed daily at Medyka alone.

“We don’t know how many people and we don’t know when they will arrive,” the group’s spokesman Jorge Galindo told Reuters.

With men of conscription age obliged to stay and help defend Ukraine, mostly women and children have entered the EU.

Newly arriving refugees described panic during their escapes that included shelling and shooting overhead by Russian forces as they fled their cities and began long journeys to safety.

“Rockets started to fly,” said Natalia Strelcova, who entered Poland with her cat after fleeing the Dnipro region.

“It becomes scary, panic starts, and you want to run away somewhere,” Strelcova added.