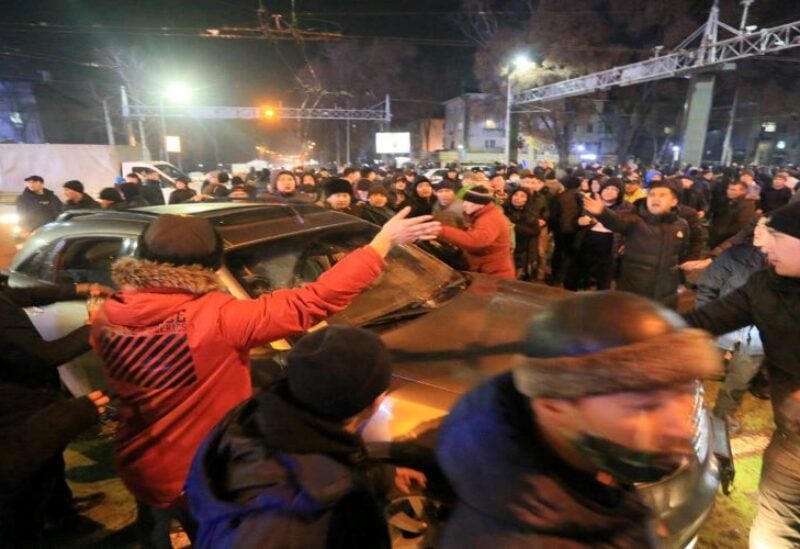 Protesters attend a rally in Almaty on January 4, 2022, after energy price hikes.

On Thursday, flydubai and Air Arabia halted flights to Kazakhstan’s main city, Almaty, as the Central Asian country saw its worst turmoil in almost a decade.

According to its website, a flydubai return trip from Dubai to the capital Nursultan was scheduled to depart on Thursday.

The Emirati airlines did not respond immediately.

On Wednesday, anti-government protestors allegedly overran Almaty airport, forcing flights to be postponed, until being retaken by government security personnel.

Jazeera Airways, a cheap airline based in Kuwait, ceased operations to Almaty on Wednesday.

In reaction to the violent anti-government rallies, Kazakhstan’s government has proclaimed a statewide state of emergency.