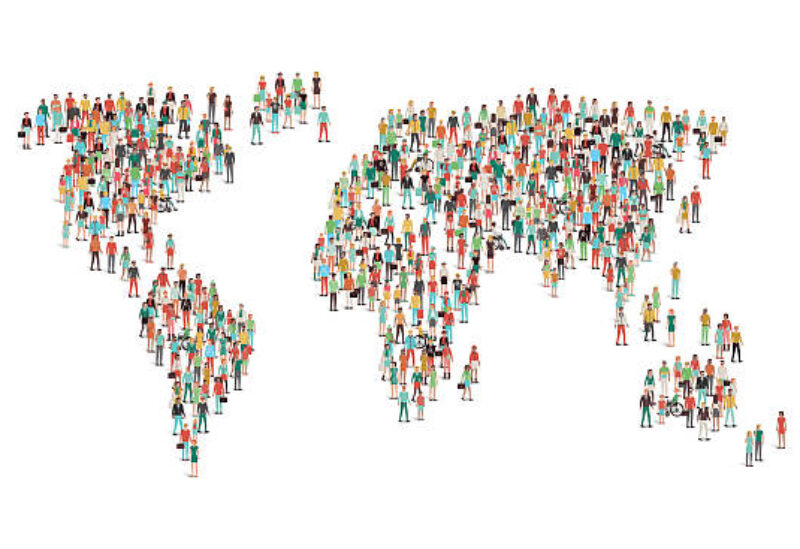 A new study published in the Lancet journal has revealed that the world’s population is set to decline for the first time ever in the next century.
Currently, there are about 7.8 billion people in the world. The study has predicted that the peak in the global population would expectedly be around 9.7 billion in 2064 and then decline to 8.79 billion in 2100.
Up to 23 countries could see their populations shrink by more than 50 per cent, including Japan, Thailand, Italy, Spain, Portugal, South Korea, and other countries due to low birth rates and ageing populations.
Even the most populous country like China would see a fall in its population from 1.4 billion in 2017 to 732 million in 2100.
While noting the global trend of declining population, the study has also forecasted that some parts of the world would see a rise in population numbers.
This includes North Africa, the Middle East, and Sub-Saharan Africa, which is set to triple over the course of the century from 1.03 billion in 2017 to 3.07 billion in 2100.
The population in India, the second biggest populous country in the world, would set to hover around 1·09 billion in 2100, the research has stated.
Lead study author and Professor of Global Health at the Institute for Health Metrics and Evaluation (IHME), Stein Emil Vollset, told IFLScience, “The last time that global population declined was in the mid 14th century, due to the Black Plague. If our forecast is correct, it will be the first time population decline is driven by fertility decline, as opposed to events such as a pandemic or famine.”
The study points out that education for girls and increased access to contraception will slow down fertility and population growth.
These factors drive the fertility rate – the average number of children a woman delivers over her lifetime which is the largest determinant of population. The global total fertility rate is predicted to steadily decline, from 2.37 in 2017 to 1.66 in 2100, well below the minimum rate (2.1 live births per woman) considered necessary to maintain population numbers,” he added.