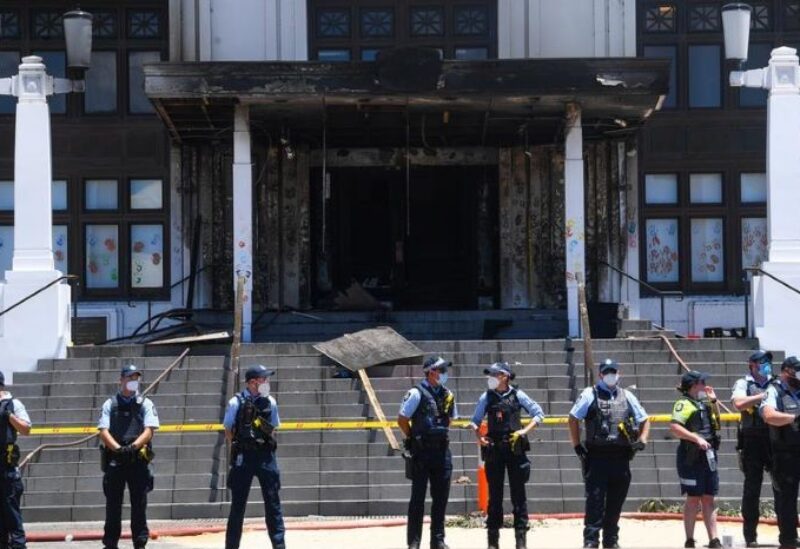 According to officials, the former parliament building in Australia caught fire during an Aboriginal rights rally on Thursday, inflicting very minor damage.

The fire started after police intervened in a customary smoking ceremony held by a small group of demonstrators outside the building’s entrance.

From 1927 to 1988, the Canberra building housed the country’s federal parliament, and it currently houses the Museum of Australian Democracy.

In a statement, the museum stated it is “closed until further notice as we handle fire damage caused by demonstrators today.”

There was no early word on the extent of the damage, but photographs showed flames and smoke flowing from the building’s entrance’s wooden double doors.

The great part of the structure was unharmed, and the fire was claimed to have been extinguished promptly.

In a Facebook post, activist Albert Hartnett said that police used pepper spray to disperse the protest, causing the roof of a portico to catch fire.

In recent weeks, a “Aboriginal Tent Embassy” has staged a series of demonstrations against the National Heritage Register-listed structure.

Protests in the past have included setting fire to the building’s doors.

David Littleproud, a government member of parliament, condemned the damage.

“No one has the right, whatever of race, religion, or creed in our nation, to destroy property demonstrating, particularly a symbol of our democracy that hundreds of thousands of Australians died protecting,” he added.