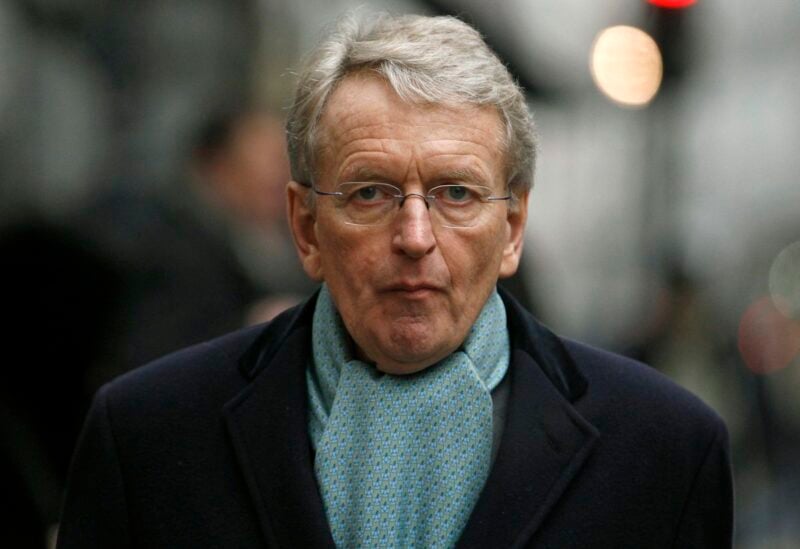 Christopher Meyer, a former chairman of the Press Complaints Commission (PCC), returns after a lunch break to continue to give evidence at the Leveson Inquiry into the culture, practice and ethics of the press at the High Court in London January 31, 2012. REUTERS/Andrew Winning

Prime Minister Boris Johnson led tributes on Friday to Britain’s former ambassador to the United States, Christopher Meyer, who worked as a go-between for George Bush and Tony Blair and died at the age of 78.

Meyer was Britain’s envoy to Washington for six years under then-Prime Minister Tony Blair. His assignment coincided with the conclusion of the Clinton administration, the 9/11 attacks, and the buildup to the Iraq war.

“Saddened to hear of the death of Sir Christopher Meyer. He was a dedicated public servant throughout his career and devoted his life to international diplomacy. My thoughts are with his wife Catherine and his loved ones,” Johnson said on Twitter.

Catherine Meyer is a Conservative member of the upper house of parliament, the House of Lords, and serves as Johnson’s trade envoy to Ukraine.

Known for his fondness for red socks, Meyer was an active user of Twitter under the handle @sirsocks and as recently as Wednesday had opined on the ongoing Conservative Party leadership contest to choose Johnson’s successor.

The Daily Mail reported that he suffered heart failure while at his home in the French Alps.

In his controversial 2005 memoirs, “DC Confidential”, Meyer said Blair had been “seduced by the glamour of U.S. power” and described several ministers as “political pygmies”.

He also claimed that Blair’s chief of staff, Jonathan Powell, had instructed him to “to get up the arse of the White House and stay there”.