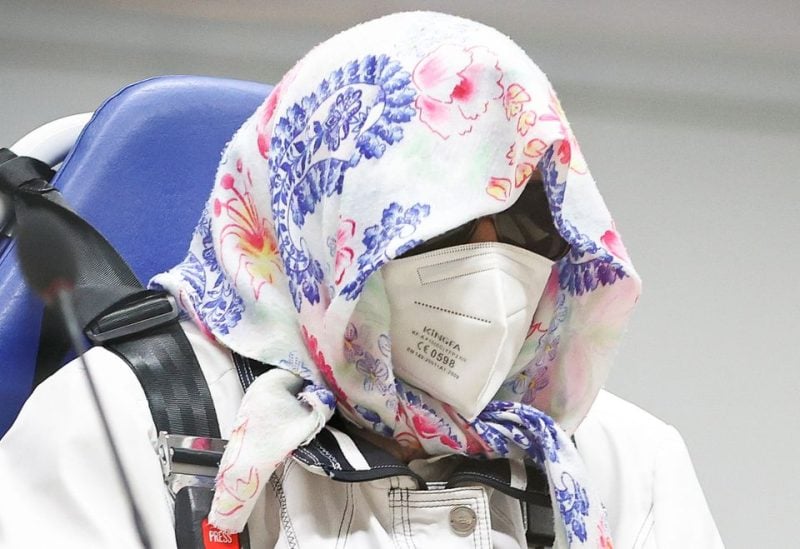 Irmgard Furchner, a 96-year-old former secretary to the SS commander of the Stutthof concentration camp, is pictured at the beginning of her trial in a courtroom, in Itzehoe, Germany, October 19, 2021. Christian Charisius/Pool via REUTERS/File Photo

A 97-year-old woman who worked as a Nazi concentration camp secretary was convicted on Tuesday for her role in the murder of thousands of people in what could be one of the country’s final trials for World War II crimes.

A district court in the northern town of Itzehoe handed Irmgard Furchner a two-year suspended sentence for aiding and abetting the murder of 10,505 people and the attempted murder of five people, according to a court spokesperson.

The indictment had originally charged Furchner with aiding and abetting the murders of 11,412 people.

Furchner was wheeled into court wearing a cream-coloured winter coat and beret, and with a blanket over her lap.

In a closing statement at the trial earlier this month, Furchner said she was sorry for what had happened and regretted that she had been in Stutthof at the time.

Furchner worked at the Stutthof concentration camp, near Gdansk in today’s Poland, between 1943 and 1945.

The start of Furchner’s trial was delayed in September 2021 when she briefly went on the run. She was caught hours after failing to turn up in court.

Some 65,000 people died of starvation and disease or in the gas chamber at Stutthof. They included prisoners of war and Jews caught up in the Nazis’ extermination campaign.

She was sentenced under juvenile law, owing to the fact that she was aged between 18 and 19 at the time of the crimes.