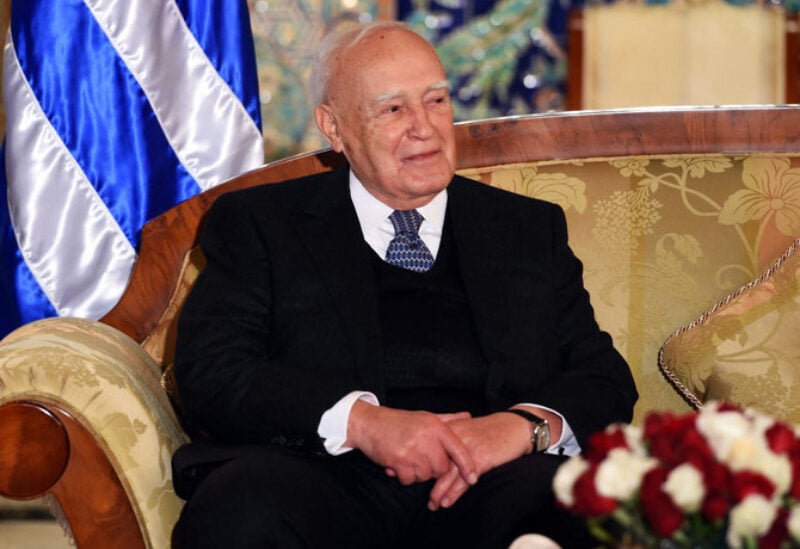 The Greek presidency announced that former Greek President Karolos Papoulias, who served two terms between 2005 and 2015, died on Sunday at the age of 92.
Papoulias, who was also foreign minister in 1985-89 and 1993-96, was a high-ranking member of socialist PASOK party and a close associate of its late leader and former prime minister Andreas Papandreou.
President Katerina Sakellaropoulou paid tribute to Papoulias for his role in the resistance against Nazi occupation during World War Two and against Greece’s 1967-74 military junta.
“His participation in the national resistance and the anti-dictatorship struggle…reflected his continuous devotion to the ideals of freedom and justice, which he defended throughout his life,” Sakellaropoulou said in a statement.