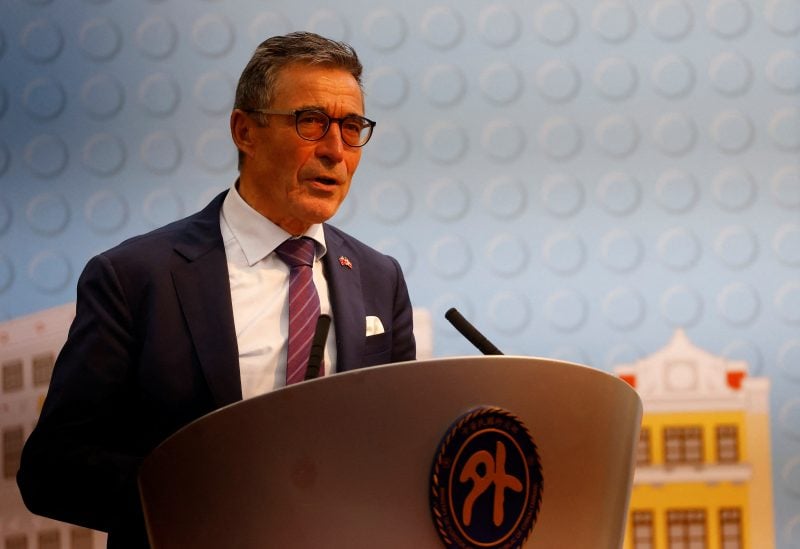 The former NATO secretary-general said during a visit to Taiwan on Thursday that democratic countries should make clear the “severe economic consequences” China would face if it moved against self-governed Taiwan.

China, which claims Taiwan as its own despite the democratic island’s strong objections, has increased pressure on Taiwan to assert its sovereignty claims, including almost daily Chinese air force missions near the island over the last three years.

Anders Fogh Rasmussen drew a parallel between Russia’s invasion of Ukraine and China’s military aggression towards Taiwan, saying democratic countries must work in unity to ensure an Ukraine victory in order to deter a Chinese attack on Taiwan.

“Any attempt by China to change the status quo in Taiwan by force should spark an equally unified response and we must make this clear to China now,” Rasmussen told reporters in a news conference in Taipei.

“China is far more reliant on global supply chains than Russia. Spelling out the severe economic consequences of any attack now would be a powerful deterrent”, he said, adding he believed that Chinese President Xi Jinping was watching closely how the war in Ukraine pans out.

Rasmussen, a former Danish prime minister who was one of the world’s most-senior diplomats until he left the transatlantic defence alliance in 2014, urged European countries to come up with “comprehensive” sanctions on China if it ever moves on Taiwan.

China reserves the right to use force to bring Taiwan under its control if necessary. Taiwan says only its people can decide their own future and that Beijing’s claims are void as the People’s Republic of China has never governed the island.

Rasmussen said European countries could join training exercises with Taiwan’s military forces, which currently uses weapons mostly made at home and by the United States.

“All those who believe in a democratic Taiwan and rule- based international order must work to ensure Ukraine prevails. It is for the people of Ukraine and people of Taiwan to decide their own future, so the free world must give them our support.”