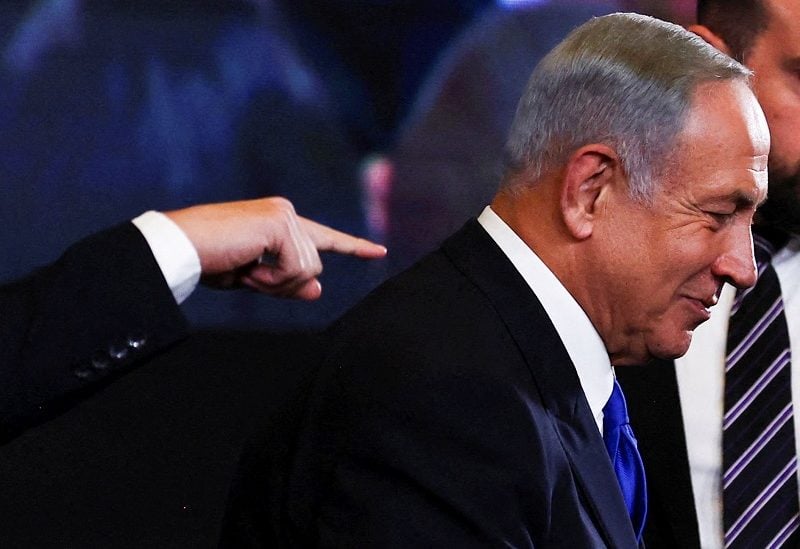 The right wing, is on the cusp of a great election win, former Israeli prime minister Benjamin Netanyahu said on Wednesday. Earlier, exit polls also predicted his bloc gaining a slim parliamentary majority, paving the way for his comeback.
“We have won a huge vote of confidence from the people of Israel,” a smiling Netanyahu told supporters at his election headquarters in Jerusalem. “We are on the brink of a very big victory,” he told the cheering crowd.
According to exit polls, the country’s longest-serving PM is poised to take at least 61 or 62 seats in the 120-seat Knesset (parliament), said a local media report. The actual outcome of the elections may differ from the early exit polls which are not expected until later this week.
Meanwhile, the incumbent Prime Minister Yair Lapid’s centrist Yesh Atid party is projected to win at least 24 seats. On the other hand, Religious Zionist Party, led by Itamar Ben-Gvir is poised to get at least 14 seats making it the third-largest party.
This is the country’s fifth election in less than four years which has exasperated many voters, however, reports suggest that this did not affect the voter turnout which was the highest since 1999. Netanyahu after 12 years was defeated last year by an unlikely coalition of centrist Yair Lapid and his partner Naftali Bennett which formed an alliance also including an Arab party for the first time.
Netanyahu is seen as one of the most controversial political figures and is also currently on trial for alleged bribery, fraud and breach of trust charges which he has vehemently denied in the past. Furthermore, he has reportedly been counting on support from Ben-Gvir, who was a member of a group called Kach, which is on Israel and the United States’ “terrorist” watchlists and the prospect of them forming a coalition has raised concerns among allies including Washington.