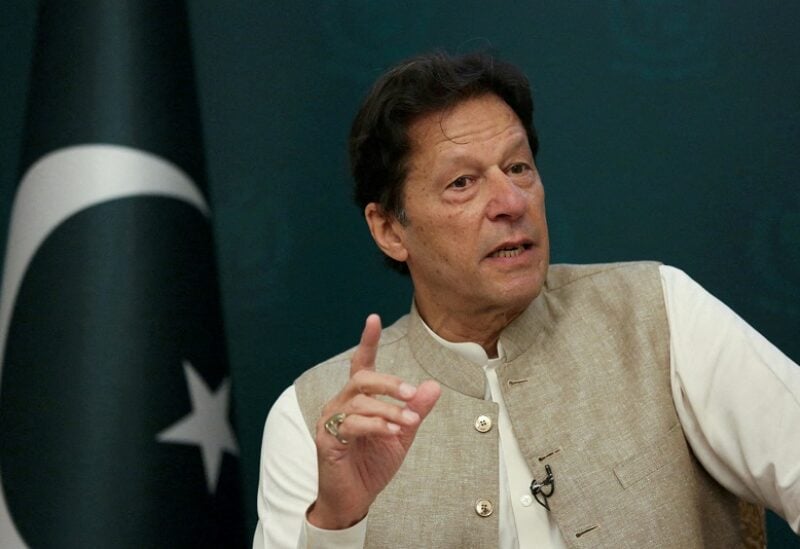 “Imran Khan can contest any election in the future,” observed a Pakistani court on Monday, as the top judge of Islamabad High Court said that the recent ruling by the country’s Election Commission could not bar former Prime Minister Imran Khan from contesting any election in the future.
During the hearing of Khan’s petition, Chief Justice Athar Minallah rejected a request by his lawyer Barrister Ali Zafar for an immediate stay order against the election authority’s ruling and said there is no hurry as the former premier would not face any problem.

Khan’s lawyer said his client wanted to contest the by-election scheduled on Oct. 30 in the Kurram district of northwestern Khyber Pakhtunkhwa province.

However, the chief justice said there is no bar on Khan and he can contest it as he had been disqualified only from his current seat in the parliament.

The court ordered Zafar to remove objections raised by the registrar’s office earlier on his petition within three days and postponed the hearing for next week.

On Friday, Pakistan’s Election Commission disqualified Khan for failing to disclose gifts he received while serving as the country’s premier.

According to the ruling, Khan should face criminal charges for concealing the details of gifts he received from different countries during his over three-year tenure as prime minister.

Khan has staged a series of anti-government rallies since his ouster from power in a no-confidence vote in parliament in April and has called for early elections, which are otherwise scheduled for late next year.

In a by-election last week, he won six of the seven National Assembly seats he was running for across the country.