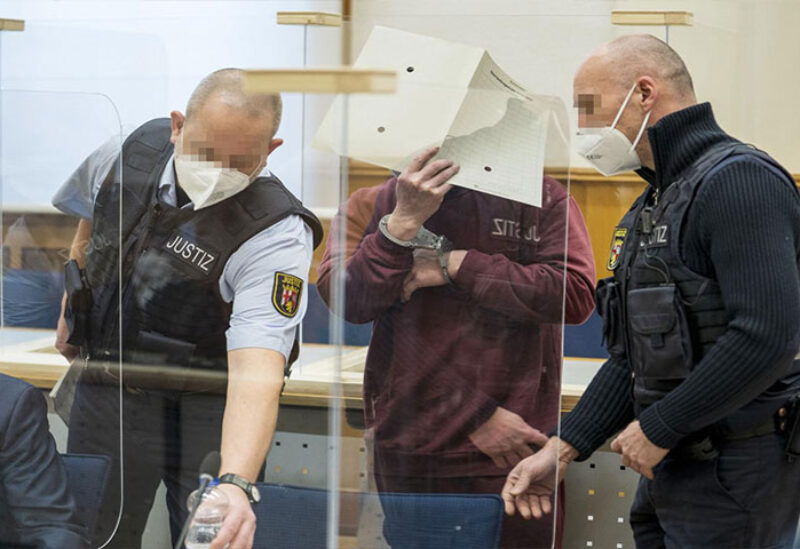 A German court has sentenced the former Syrian intelligence officer Eyad al-Gharib to four-and-a-half years in jail for complicity in crimes against humanity.

Prosecutors in Koblenz successfully argued that Al-Gharib, 44, had helped to arrest protesters in 2011 who were later tortured and murdered.

It is the first such trial over alleged atrocities committed by Syrian President Bashar al-Assad’s regime.

Both fled Syria’s civil war and got asylum in Germany – but were arrested in 2019.

German prosecutors invoked the principle of “universal jurisdiction” for serious crimes to bring the case.

During the trial, defence lawyers argued that the pair had been ordered to commit the alleged crimes, fearing punishment for disobedience. They also enabled a vast state torture machine to operate.

Eyad al-Gharib was charged with bringing at least 30 protesters to a notorious Damascus prison to be tortured in 2011, while working for Syria’s most powerful civilian intelligence agency, the General Intelligence Directorate.

Anwar Raslan is suspected of being involved in the torture of at least 4,000 people in 2011-12. He is charged with 58 counts of murder as well as rape and sexual assault.

He is accused of being a high-ranking officer in charge of the GID’s Al-Khatib prison in Damascus, known as “Hell On Earth”. If convicted, he faces life in prison.