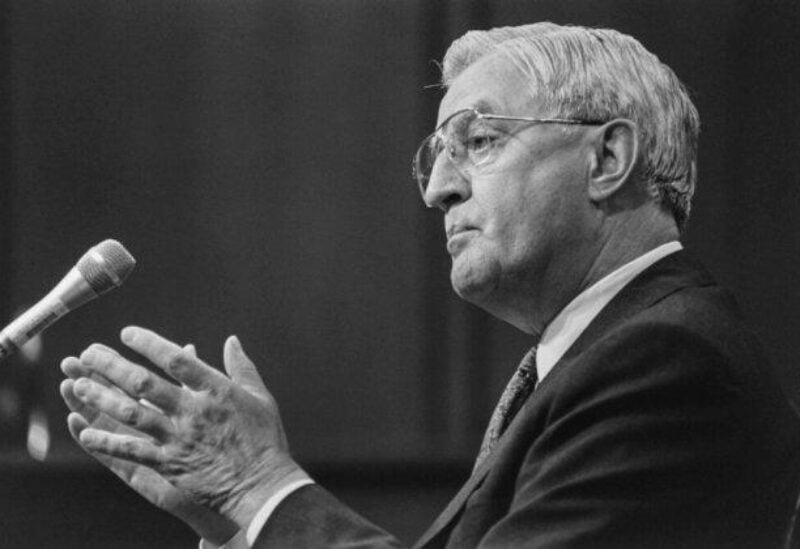 Walter Mondale, a leading liberal Democratic voice of the late 20th century who served as a U.S. vice president under Jimmy Carter and lost in a landslide to Ronald Reagan in the 1984 presidential election, passed away on Monday at the age of 93, his family said.

“Well my time has come. I am eager to rejoin Joan and Eleanor,” Mondale said in a statement to his staff and released to the public after his death, referring to his late wife Joan, who died in 2014, and daughter Eleanor, who died in 2011 at age 51. “Before I go I wanted to let you know how much you mean to me.”

Mondale, the first major U.S. party presidential nominee to pick a woman running mate, believed in an activist cabinet and worked for civil rights, farm and labor interests, consumer protection and school integration as a U.S. senator and vice president during Carter’s troubled 1-term presidency from 1977 to 1981.

Mondale also served as U.S. ambassador to Japan from 1993 to 1996 under Bill Clinton.

“It’s with great sadness that Jill and I learned of the passing of Vice President Walter Mondale, but great gratitude that we were able to call one of our nation’s most dedicated patriots and public servants a dear friend and mentor,” President Biden and First Lady Jill Biden said in a statement.

Biden’s statement added: “Walter Mondale was the first presidential nominee of either party to select a woman as his running mate, and I know how pleased he was to be able to see Kamala Harris become Vice President.”

“Today I mourn the passing of my dear friend Walter Mondale, who I consider the best vice president in our country’s history,” Carter, 96, said in a statement that also praised Mondale’s political skill and integrity.”

“He was an invaluable partner and an able servant of the people of Minnesota, the United States, and the world.”

Widely known as “Fritz,” Mondale was the Democratic nominee in 1984 against Reagan, a popular incumbent Republican who had beaten Carter 4 years earlier, and selected New York Democratic U.S. congresswoman Geraldine Ferraro as his vice presidential running mate. Ferraro died in 2011 at age 75.

Despite the historic selection of a woman, Mondale suffered one of the worst defeats ever in a U.S. presidential election, losing in 49 of the 50 states and carrying only his native Minnesota as well as Washington, D.C.

It was the first of two times that Mondale was sent into political retirement by a crushing defeat.

Eighteen years later, grieving Minnesota Democrats beseeched Mondale, then 74, to run for the Senate after Senator Paul Wellstone died in a plane crash 11 days before the 2002 election. Mondale lost narrowly to Republican Norm Coleman, who describe him as the graying representative of a bygone era.

During his race against Reagan, Mondale promised Americans he would raise their taxes, a pledge that did little to help his candidacy.

“I mean business. By the end of my first term, I will reduce the Reagan budget deficit by two-thirds,” Mondale said during his speech in San Francisco accepting the 1984 Democratic presidential nomination. “Let’s tell the truth. It must be done, it must be done. Mr. Reagan will raise taxes, and so will I. He won’t tell you. I just did.”

The remark helped sink his campaign. Even years later, he voiced no regrets. “I’m really glad I did it,” he told PBS in 2004. “It’s something that I felt good about, and I thought I told the truth.”