Four media workers freed after being held in Ethiopia 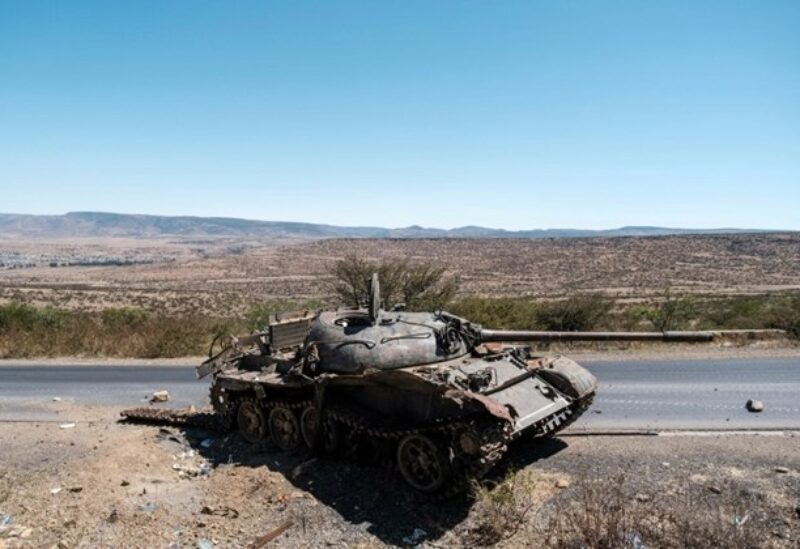 “They let us out today. They didn’t say anything about why they let us go. But they said they have decided to free us,” said the translator, Fitsum Berhane.

Fitsum and Alula Akalu, a translator working for Britain’s Financial Times newspaper, were arrested Saturday after three days of reporting on the conflict in Tigray.

The other two detainees were BBC journalist Girmay Gebru and Temrat Yemane, a local journalist.

Officials have not given any reason for the arrests and did not immediately respond to requests for comment Wednesday about the decision to free the men.

Both AFP and the Financial Times had obtained permission from the Ethiopian Broadcasting Authority and the Ministry of Peace to work in Tigray, where media access has been tightly restricted since hostilities began in November.

But while Abiy said in late November that military operations were “completed” after federal troops entered the regional capital Mekele, top TPLF officials remain on the run and fighting has continued.

Meanwhile global concern is mounting amid reports of atrocities against civilians and fears of a spiralling humanitarian catastrophe.

The United States voiced concern Tuesday over the arrests of the four media workers, saying the move was inconsistent with the government’s commitment to allow international press to operate in Tigray.

In a telephone interview with AFP on Wednesday, Fitsum described how soldiers barged into his home at around 1.00 am Saturday, accusing him of supporting the TPLF and possessing an unregistered satellite phone.

“They were saying a lot of things about how I am a member of the TPLF and have been helping the party since the war started and giving them information,” he said.

“But I denied all because I don’t know what they are talking about.”

An officer in plainclothes who had entered with the soldiers held a gun to his head as soldiers searched the home, Fitsum said.

So far only the money has been returned, he said.

The soldiers then transported Fitsum to a military college near Mekele University, but stopped at one point in the middle of the road on the way, he said.

“They took me down from the car. They said, ‘Now you are going to tell us where you put the satellite phone,'” Fitsum recalled.

“One of them said, ‘I can kill you and make up a story about how you weren’t respecting'” the evening curfew currently in effect in Mekele, he said.

Eventually they got back in the vehicle, and Fitsum spent the next two nights at the military college, sleeping in a cell alone while handcuffed.

By Monday night the handcuffs were removed, and on Tuesday Fitsum and the other media workers were transferred to a prison in Mekele.

The day before his arrest, Fitsum had accompanied a team of AFP journalists to the Tigray town of Dengolat to report on a massacre there.

Some of the soldiers called him a traitor for working with foreign media and accused him of “setting up” the story, he said.

“They said I betrayed my country for a little money,” he said.

“I said I was only translating. I didn’t fix any of the moments. I said everything is recorded and you can check it.”