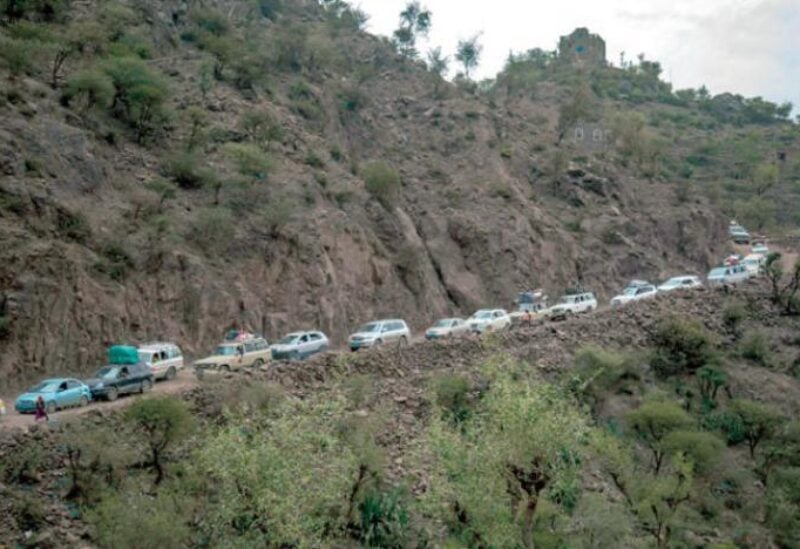 Any journalist following the Yemeni developments will not be surprised by the lack of information from their sources, as international and Yemeni figures are exerting efforts to extend the four-month Yemeni ceasefire that will end in ten days.

The UN envoy to Yemen, Hans Grundberg, returned to the region on a tour seeking to extend the deal, taking advantage of several indications he received recently, whether the Saudi-US joint statement, the Jeddah Gulf summit, or the statement issued by Saudi Arabia, Oman, the UAE, the UK, and the US a few days ago.

Yemeni Information Ministry Undersecretary Najib Ghallab said that one of the most important outcomes of the Jeddah summit was the support for the change that led to rebuilding the Yemeni political system.

Ghallab noted that the summit considered the Presidential Leadership Council the representative of Yemen and its legitimacy, reiterating the importance of such moves because the whole world still believes Houthi is an insurgent group with terrorist tendencies.

Many Yemeni, regional, and international meetings, statements, and positions support the UN envoy and the ceasefire.

The official Iranian discourse supports the ceasefire in Yemen, even as a “political facade.”

However, the Houthis are the only party that issued an official statement refusing to extend the truce, despite the weak arguments of the Iranian-backed militias.

Observers stated the group did not exert extraordinary efforts to implement the ceasefire provisions, and they obstructed the deal’s article of reopening the crossings, the only one that has not been implemented out of the four, including the ceasefire, allowing flights to Sanaa airport, ensuring the flow of fuel to Hodeidah, and the reopening of the crossings.

On Saturday, the Oman News Agency announced the arrival of the UN envoy to Muscat, saying he met with the Undersecretary of Diplomatic Affairs, Khalifa al-Harthy.

During the meeting, views were exchanged on several regional and international issues.

Houthi spokesman Mohammed Abdul Salam, who resides in Oman, met with Grundberg, who is trying to urge the group to extend the truce.

During the first half of 2022, Yemen witnessed several developments, such as electing the Leadership Council and naming seven deputies to the chairman, which was a significant qualitative leap for all the forces that opposed the Houthi coup.

The UN extended the ceasefire for two more months amid international efforts to prolong it for six more months.

Houthis were only asked to agree to two things: the ceasefire, which the militia partially implemented, and reopening the crossings, especially Taiz, which the group did not execute. It also obstructed at least three UN proposals despite engaging in two rounds of negotiations in Amman.

Grundberg traveled to Sanaa seeking a breakthrough with the proposals, but his proposal was rejected.

Will Houthis agree to Extend the Ceasefire?

Houthis claim extending the ceasefire is futile, yet many Yemenis believe the group benefited from the truce.

A Yemeni source told Asharq Al-Awsat that the group would eventually agree to the extension, noting that Houthis continue to mobilize their forces, but the government is not preparing for that.

On Saturday, local reports in Yemen recorded that 12 civilians, including children, were injured due to Houthi shelling in Taiz. Instead of reopening the roads, the Houthi militia continued its attacks and blockade around the governorate.

The Houthis’ violations prompted many Yemeni politicians and media to wonder about the point of extending the ceasefire.

The military solution is very “expensive” for Houthis, and the Yemeni government is more robust after it unified its ranks and is no longer preoccupied with internal conflicts.

Head of the Defense for Rights and Freedoms Foundation Huda al-Sarari said that the Houthi group “is exploiting” the tolerance of the coalition and the international community, blackmailing the UN envoy and categorically rejecting any confidence-building measures in preparation for the implementation of the agreement.

Sarari believes that with such an ideological extremist group, more pressure should be exerted, adding that the international community must impose sanctions on its political and military leadership.

The expert also called for pressuring Iran, which supplies the Houthi group with money and weapons.