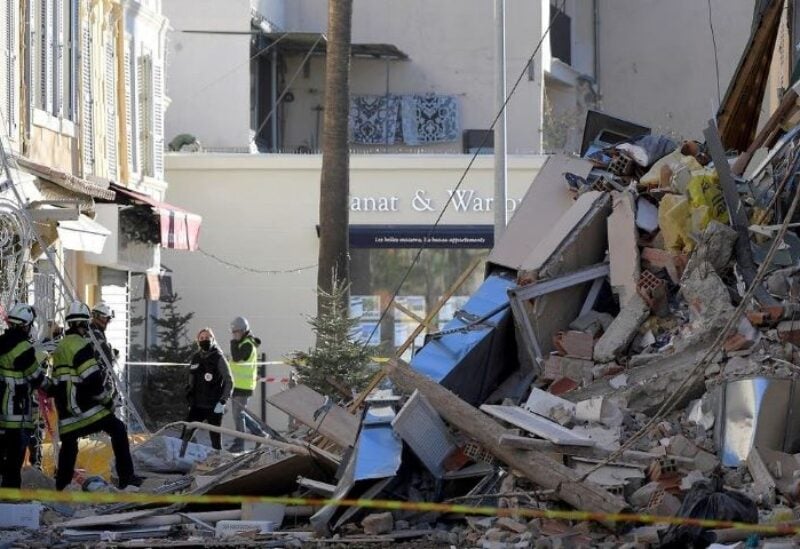 French firefighters search the rubble for missing inhabitants after a building collapsed in Sanary-sur-Mer,

On Tuesday, French rescue personnel retrieved a man’s body from the wreckage of a residential structure that had been devastated overnight by a suspected gas explosion, and they were trying to find two other individuals who were still missing after rescuing a woman and a baby alive.

The bomb in the Mediterranean seaside city of Sanary-sur-Mer, which was heard from as far as eight kilometers (five miles) away, injured a lady and her infant, as well as three others.

“The victim is most likely the father of the baby,” Houda Vernhet, director of the government’s regional authority for the Var area, said AFP.

He was found unconscious and proclaimed dead after rescue personnel spent more than two hours extracting him from the shaky debris of the three-story structure.

According to Vernhet, the two persons still missing are “a mother, an old woman, and her son” who resided on the bottom level.

“For the time being, we haven’t found any indications of life from the rubble, but we also didn’t hear the baby immediately away,” said Colonel Eric Grohin, director of the Var department’s fire service.

When rescue crews got to the scene, they smelled gas, according to authorities.

“For the time being, the causes remain unknown.” “There was a gas smell, but we can’t say anything more while the police investigation is ongoing,” regional officials stated in a statement.

The bomb near the port of Sanary, a city of roughly 15,000 inhabitants southeast of Marseille, also severely destroyed two neighboring buildings.