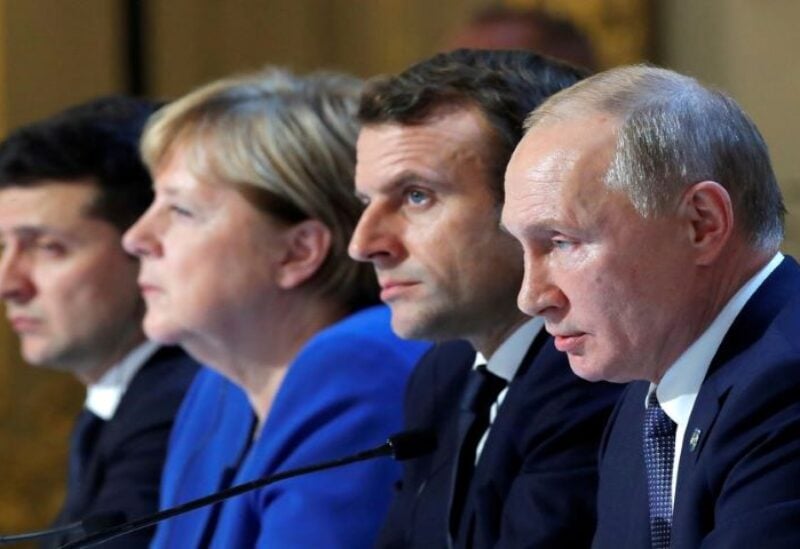 German Chancellor Angela Merkel and French President Emmanuel Macron had phone calls on Monday with the presidents of Ukraine and Russia to talk about the dispute in Ukraine, and agreed their foreign ministers should meet, the German government said.

The two West European leaders spoke first with Ukrainian President Volodymyr Zelenskiy on the execution of the Minsk Agreements aimed at bringing about a peaceful resolution of the conflict in Ukraine.

Then, Merkel and Macron spoke with Russian President Vladimir Putin, urging him to progress with the peace talks, the German government said.

“The interlocutors agreed to ask their foreign ministers to meet soon to achieve this,” the German government statement said.

Ukraine has battled Russian-backed separatists in the eastern Donbass region in a conflict that Kyiv says has killed 14,000 people since 2014.