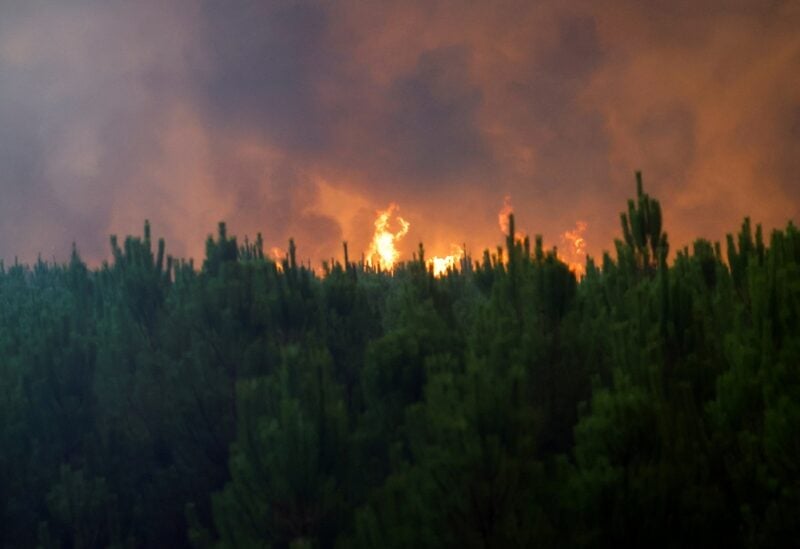 General view of smoke and flames from the fire in Belin-Beliet, as wildfires continue to spread in the Gironde region of southwestern France, August 10, 2022. REUTERS/Stephane Mahe

Firefighters in southwest France have managed to prevent the development of a “giant” fire, allowing officials to reopen a stretch of roadway ahead of a busy travel weekend.

“Due to the enormous methods deployed, the fire did not develop overnight,” the local prefect stated in a tweet Saturday.

Local firemen were assisted by reinforcements from around Europe in battling the blaze, which has destroyed woodlands in France’s Gironde region since Tuesday and caused 10,000 people to from their homes. Wind and searing temperatures of up to 40 degrees Celsius (104 degrees Fahrenheit) have fueled the fire in recent days.

Fires in the southwest of France had already devastated more than 20,000 hectares of woodland and caused over 40,000 people to flee their homes in July.

This summer’s heatwaves have triggered wildfires across Europe, highlighting the hazards of climate change to business and livelihoods.