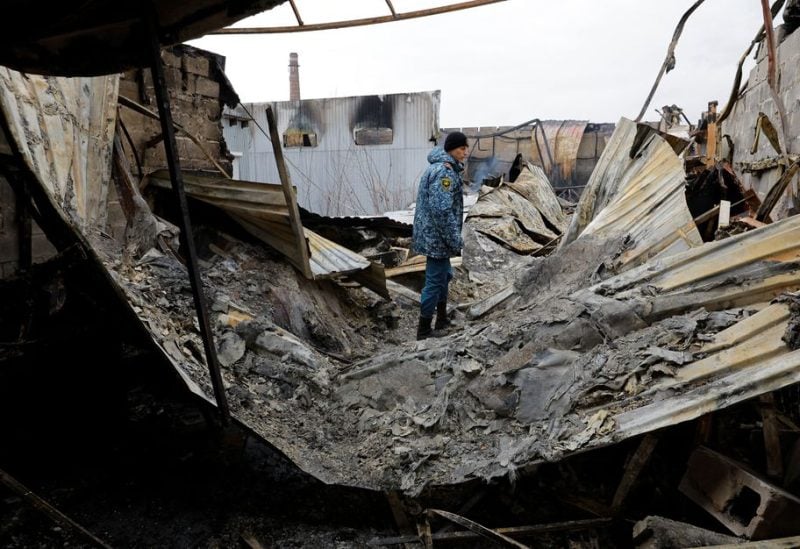 The gathering of politicians, blue-chip companies and aid agencies comes after fresh comments about the war from French President Emmanuel Macron which put him at odds with many in Ukraine.

Macron called for Russia to be offered “security guarantees” at the end of the war during an interview on December 3, drawing criticism from some Ukrainian and eastern European politicians.

A call between the French leader and Ukrainian counterpart Volodymyr Zelensky on Sunday cleared the air and saw the men discuss Tuesday’s conference.

Macron “reminded President Zelensky that Ukraine can count on France’s support for as long as is required to fully re-establish its sovereignty and national integrity,” according to the French presidency.

Both men will address the first part of the conference, called “Solidarity with the Ukrainian People” — Macron in person and Zelensky via videolink.

The event will focus on ways in which Ukraine’s Western allies can provide immediate support to keep the country’s civil infrastructure functioning amid incessant bombing from Russia.

Moscow has switched tactics since October when it began airstrikes targeting Ukraine’s energy network in particular, plunging millions into cold and darkness at the onset of winter.

Another 1.5 million people were left without power in southern Odessa over the weekend after drone attacks, according to Ukrainian authorities.

“Our immediate objective is to ensure that Ukraine’s network does not collapse and lead to black-outs for several weeks,” an aide to Macron told journalists last Friday. “This is about urgent help.”

French organizers have stressed that the conference is different from other recent international gatherings in Lugano, Warsaw or Berlin dedicated to long-term reconstruction.

Instead, they hope donors will pledge help from engineering expertise to spare parts to carry out repairs.

Another key outcome will be a new platform, agreed by G7 leaders Monday, that will enable donors to see Ukraine’s needs and coordinate their aid.

Western military aid is currently coordinated in this way, but nothing of the sort exists for civilian assistance, Macron’s office said.

“The goal is now to build this platform quickly with the participation of Ukraine, international financial institutions and other partners,” German Chancellor Olaf Scholz said after the leaders of the club of wealthy nations held online talks Monday.

Ukraine’s Prime Minister Denys Shmyhal and Zelensky’s wife Olena are both expected to be in Paris.

The second part of the event, called “The Franco-Ukrainian conference for Resilience and Reconstruction”, will see 500 French companies gather to discuss reconstruction contracts.

Even though the war is still raging, Western states and companies are already eyeing deals that are expected to be worth tens of billions of euros.

“The Ukrainians wanted us to talk about reconstruction. There are already areas that have been evacuated by the Russian army which are ready to discuss reconstruction,” the French official said.

The French economy ministry had already prepared a range of tools to encourage its companies, from insurance to export guarantees.

Macron’s comments about providing security guarantees to Russia led to accusations he was focusing again on diplomatic compromises with Russian President Vladimir Putin.

Critics say it is too early to discuss arrangements with Putin and that Western leaders should focus uniquely on helping Ukraine roll back Russia’s occupation.

Macron has riled his Ukrainian allies in the past, most notably in June when he said “we must not humiliate Russia”.

The 44-year-old French leader initially tried to position himself as an intermediary between Ukraine and Russia, holding lengthy talks with Putin and Zelensky shortly before Moscow’s attack.

Macron’s office have played down any suggestion of tensions with Zelensky.

“There’s a gap between what some people say by taking part of a sentence out of context and the reality of the work that we are doing, which is going smoothly,” the aide said.

“The dialogue between the president (Macron) and President Zelensky is excellent.”