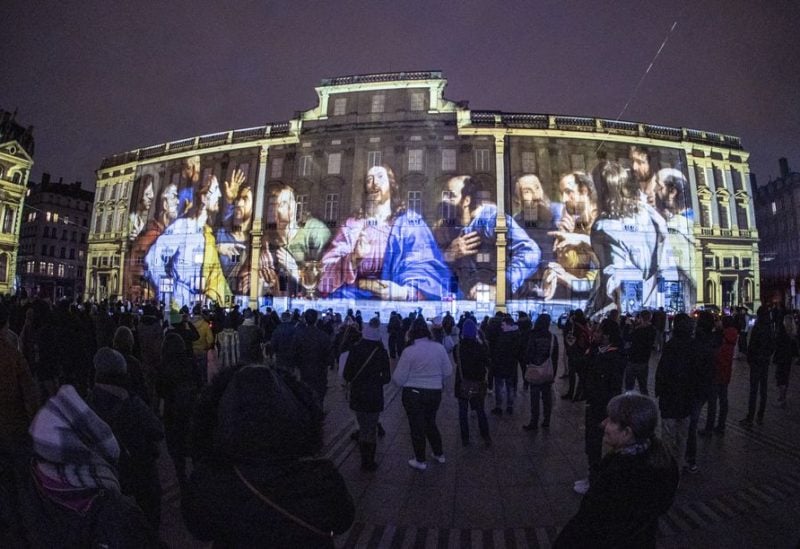 The art installation "Grand Mix" by Moetu Basile and David Passegand (Inook) is seen on the Musee des Beaux-Arts during the festival of lights (Fetes des Lumieres) amid a worldwide energy crisis in Lyon, France, December 7, 2022 - REUTERS

Although France anticipates avoiding power outages on Monday, the first winter cold snap will put a strain on Europe’s vow to save energy and lessen the impact of the Ukraine war on the continent’s economy.

Leaders in the area have stated that everyone needs to take the issue of consuming less gasoline seriously after the effort had been made relatively simple up until this point by the abnormally warm weather.

Despite significant efforts made when Russian supplies were cut off due to its invasion of Ukraine, Europe’s gas storage is about 90% full. However, a string of nuclear outages, particularly in France, are raising concerns about interruptions.

A technical glitch briefly cut off the power in parts of Paris late on Thursday, prompting one Twitter user to ask: “Is it starting?”, while posting an image of a street in darkness.

The nation is under scrutiny as a record number of reactors have been shut down by corrosion, bringing the nation’s nuclear output to a 30-year low.

But despite worries that supply would be insufficient on Monday due to Europe’s record-low temperatures, RTE’s grid operator said there were currently no planned cuts for that day.

An 8.3% drop in electricity use last week will help, RTE said, adding that 41 of EDF’s nuclear reactors should be available from Monday, generating an output of 39 gigawatts, and that should be enough.

EDF said it had ramped up output at three nuclear reactors following repairs, and it hoped to start corrosion repairs at its Penly 2 nuclear reactor in mid-January.