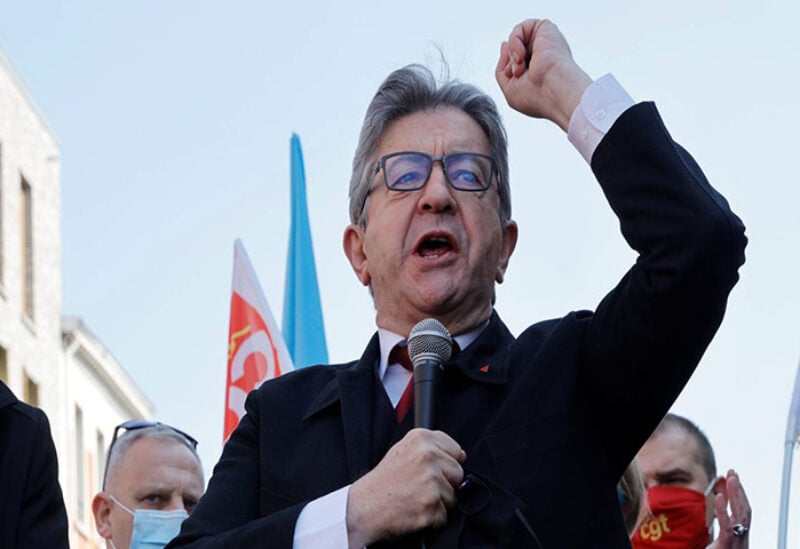 French hard-left leader Jean-Luc Melenchon was indicted of fueling conspiracy theories on Monday after he foresee there would be some kind of “serious incident or murder” intended to tamper voters just before next year’s presidential elections.

Melenchon referred to the killing of a police officer on the Champs-Elysees just ahead of the 2017 election, an attack on a Jewish school before the 2012 vote, and another attack against a retired man in his home in 2007 that stirred much public debate.

“You’ll see, in the last week of the presidential campaign, we’ll have a serious incident or a murder,” the fiery head of the France Unbowed party told a political talkshow, citing several earlier examples.

He also drew criticism for trying to revive an old theme: that President Emmanuel Macron was an invention of shadowy and powerful interests who control the country and that next year’s election had been “written in advance.”

Referring to Macron’s surprise victory in 2017, Melenchon said: “In every country of the world, they’ve invented someone like him, who comes from nowhere and who’s pushed by the oligarchy.”

Faced with an avalanche of criticism on Monday, senior France Unbowed figure Clementine Autain insisted Melenchon was “not a conspiracy theorist” but wanted to highlight how crime is used as a political tool by the right and far-right.

Melenchon’s views were a “mix of paranoia and conspiracy theories,” Junior Interior Minister Marlene Schiappa said in an interview on Monday, while Digital Affairs Minister Cedric O called the leftist’s comments a “political and republican disaster”.

Melenchon was speaking two weeks before regional elections in which the left is expected to fare poorly because the vote is split between the Socialists, France Unbowed and the Green party.

In 2019, Melenchon, who is known for his outbursts, received a three-month suspended jail term after shoving a police officer during a raid on his office and shouting “The Republic, it’s me!”

Polls suggest next year’s president election is likely to come down to a face-off between Macron and far-right leader Marine Le Pen, although analysts say the political climate is highly unpredictable.