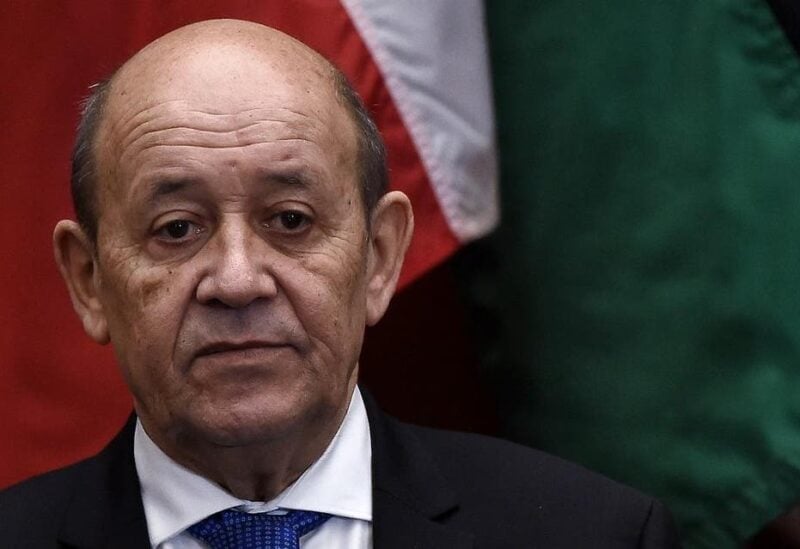 French Foreign Minister Jean-Yves Le Drian was due in the UAE Monday to see for himself the massive airlift underway from Afghanistan using the Gulf nation as a staging post.

France is seeking to evacuate more than 1,000 Afghans who are fleeing the country following the Taliban’s lightning takeover a week ago, one of a number of nations scrambling to evacuate vulnerable individuals.

Le Drian and colleagues were due to visit the Al-Dhafra base – some 30 kilometers (18 miles) from Abu Dhabi – where the French airforce has been conducting round the clock operations in support of the evacuations.

Since August 15, “nearly 100 French residents, 40 residents of partner nations, and more than 1,000 (at-risk) Afghans” have been transported to France via the Emirates, Le Drian’s delegation said in a statement.

A flight with 250 French and Afghans aboard left for Paris on Sunday followed by another in the early hours of Monday with 150 passengers.

hey were also due to meet Abu Dhabi’s Crown Prince Mohammed bin Zayed Al Nahyan, de facto leader of the UAE, to “thank the Emirati authorities for their support,” the communique added.

France has a permanent military presence in the Emirates from where it conducted parts of its aerial campaign against ISIS.

France is one of several NATO and EU member states that are scrambling to rescue vulnerable foreign staff and Afghan allies from Afghanistan since the Taliban overran the capital just over a week ago.

Britain said Monday it would urge the United States at a virtual G7 summit to extend an end-of-the-month deadline to complete evacuations of Western citizens and Afghan colleagues from Kabul.

US President Joe Biden has set an August 31 deadline for the chaotic airlift organized by thousands of temporarily deployed US troops – but has left the door open to an extension if needed.

“We need time to accomplish this task, measured in days and weeks not months,” Le Drian told the French Journal du Dimanche weekly.

Since August 14, roughly 25,100 people have been evacuated from Afghanistan aboard aircraft flown by the US and its allies, according to a White House estimate.