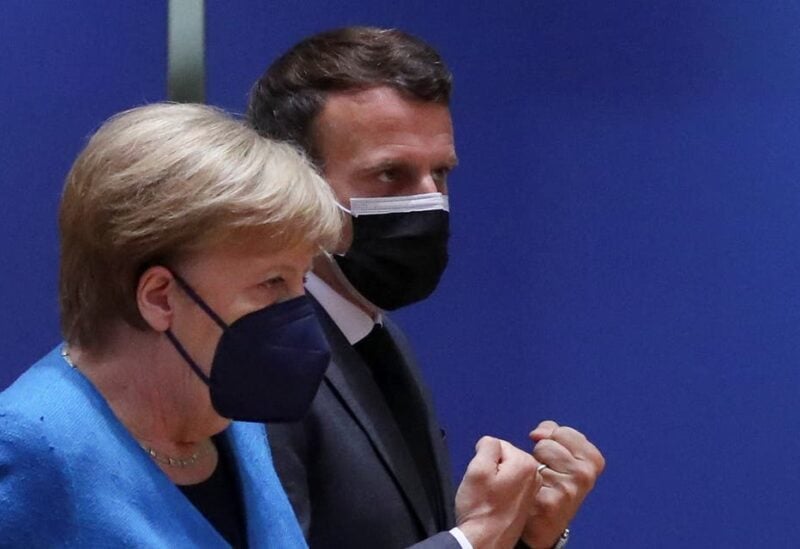 French President Emmanuel Macron and German Chancellor Angela Merkel will meet at the Elysee palace on Sept 16 to discuss various issues including the situation in Afghanistan, the French presidency said on Friday.

Other topics for discussions will range from the situation in Sahel to the upcoming French presidency of the European Union, it added.

Outgoing German chancellor Merkel will travel to Paris next week for a final working dinner with French President Macron, her spokesman said on Friday in Berlin.

The talks next Thursday will focus on “current international issues, first and foremost Afghanistan, as well as European political issues,” the spokesman, Steffen Seibert, told reporters.

The two leaders will give statements to the media before they sit down for discussions and a meal.

Merkel, in power since 2005, is leaving politics later this year after Germany’s September 26 general election.

Berlin and Paris are frequently called the twin engines of European integration but Merkel and Macron have not always been in agreement about the speed and intensity of increased cooperation among the EU’s 27 member states.

Macron, who has frequently set a more ambitious agenda than Merkel on that front, hosted the two leading candidates to succeed her this week.

In an indication of how closely Paris is watching the German race for its effect on a partnership crucial to Europe’s future, the president held separate talks with Armin Laschet from Merkel’s conservative party and Social Democrat Olaf Scholz, the current frontrunner.

Macron will be eager to get down to work with the new leader as Paris takes over the EU presidency in January 2022, ahead of France’s own elections next year.