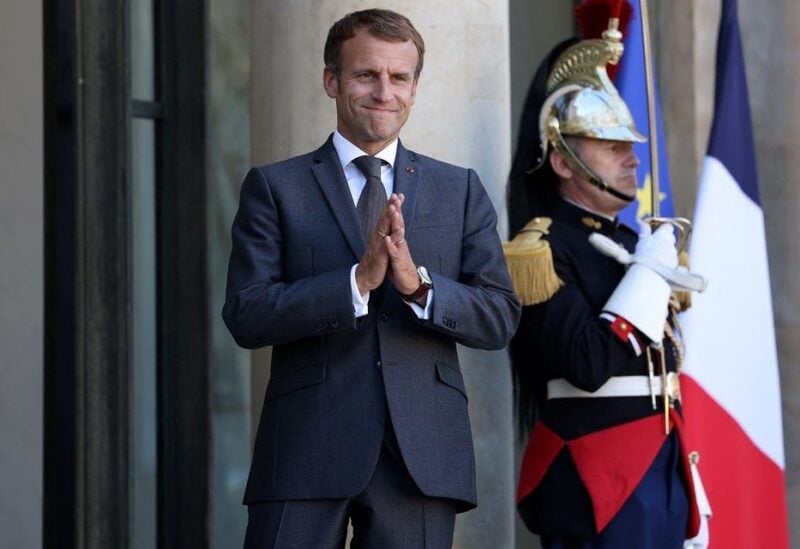 French President Emmanuel Macron gestures after a working lunch with Lebanese Prime Minister at the Elysee Palace, in Paris, on September 24, 2021. (AFP)

On Monday, French President Emmanuel Macron will pay a visit to the grave of philosopher Agnes Heller, an opponent of Hungarian Prime Minister Viktor Orban, as part of a visit to Budapest in which he will seek common ground on several European Union projects despite profound disagreements.

Macron stated last week that Orban, with whom he will meet later on Monday, was both a political opponent and a European partner with whom he might reach an agreement.

LGBT rights and immigration are two areas of contention and contention.

Macron mentioned a “culture fight” with Hungary and some of its neighbors a few months ago, noting a growing schism with increasingly forceful illiberal politicians that is harming EU cohesiveness.

Areas in which the two leaders have found common ground include pushing the EU to promote nuclear energy and recognize it as green investment.

Orban is also expected to back Macron’s ambitions for deeper defense cooperation among EU member states, as well as his goal of better securing and regulating the bloc’s borders during France’s six-month EU presidency, which begins in January.

According to French authorities, Macron will discuss LGBT rights and the rule of law with Orban. The European Commission accuses Hungary of failing to follow EU principles for the rule of law and democracy, which Organ disputes.

Macron had a meeting with Heller prior to her death in 2019. She was a staunch supporter of liberal democracy and a harsh opponent of Orban, whom she accused of weakening democracy.

Heller, who was born in Budapest in 1929, survived the Holocaust, although the majority of her family was murdered by the Nazis.

Macron is expected to take part in a meeting of the Visegrad group, which includes leaders of Hungary, Poland, the Czech Republic and Slovakia, and will meet Hungarian opposition leaders.

Orban has in the past two months received French far-right leaders Marine Le Pen and Eric Zemmour, both of whom praised his opposition to immigration. “That is a leader who defends his country’s identity, sovereignty and borders,” Zemmour said.