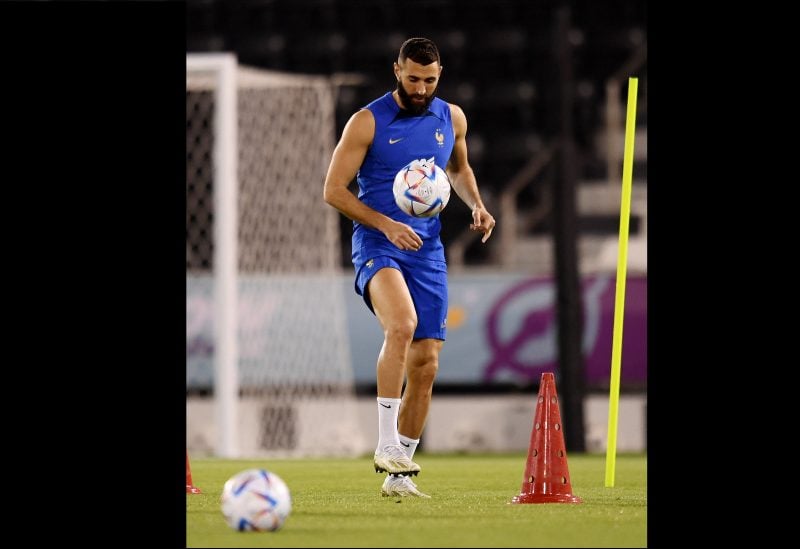 The news that star striker Karim Benzema will miss the World Cup after tearing a muscle in his left thigh during training on Saturday has dealt a huge blow to France’s World Cup hopes.

The French football federation (FFF) announced on Sunday that “Karim Benzema is out of the World Cup.”

“After hurting the quadriceps on his left thigh the Real Madrid striker is forced to give up on taking part in the World Cup.”

Benzema was participating in his first full training session with Les Bleus when he had to come off after feeling some pain in his left thigh, the FFF said.

“He went for an MRI scan in a hospital (clinic) in Doha, which unfortunately confirmed a tear,” the FFF said, adding that he will need three weeks to recover.

“I’m very sad for Karim who had made this World Cup a major objective,” France coach Didier Deschamps said.

“Despite this new blow for the French team, I have full confidence in my group. We will do everything to meet the huge challenge that awaits us,” Deschamps said in a statement.

The Real Madrid striker has been struggling with a thigh problem since October. However, he had a stellar season with Real Madrid last season, scoring 44 goals in 46 games in all competitions as he helped guide them to a LaLiga and Champions League double.

“I’ve never given up in my life but tonight I have to think of the team, as I have always done,” Benzema wrote in an Instagram post.

“So reason tells me to give my place to someone who can help our squad have a great World Cup. Thanks for all your messages of support.”

L’Equipe reported that Benzema, this year’s winner of the Ballon d’Or, “felt a sharp muscle pain” in his left thigh in training.

Saturday was the first time Benzema had taken part in full training since Deschamps’s squad met up at their French headquarters of Clairefontaine last Monday.

Under FIFA rules, Deschamps can call up a replacement for an injured player until Monday, on the eve of their first game against Australia.

Benzema had not played an entire match since October 19.

He and Raphael Varane trained apart from the rest of the squad on Thursday during a session open to the media at the home stadium of Qatari champions Al Sadd.

Manchester United centre-back Varane has not played a game since coming off in tears against Chelsea on October 22.