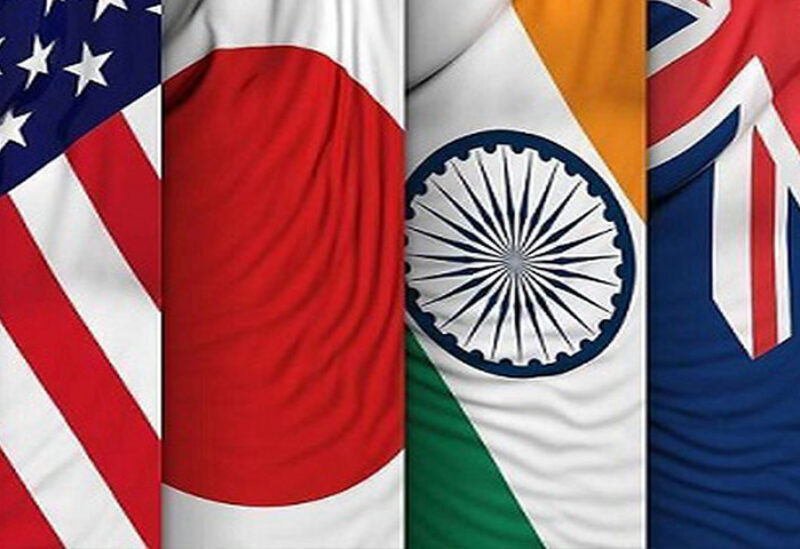 He said that a free and open Indo-Pacific region was essential to all of their futures.

The White House says the virtual meeting of the countries known as the Quad, the first at leader level, shows the importance Biden places on the Indo-Pacific region and that it will focus on ways to fight the coronavirus pandemic, as well as cooperate on economic growth and the climate crisis.
“A free and open Indo Pacific is essential to each of our futures,” Biden told the meeting from the White House. “The United States is committed to working with you, our partners, and all our allies in the region, to achieve stability.”
Japanese Prime Minister Yoshihide Suga said he wanted the four “to forge strongly ahead toward the realization of a free and open Indo-Pacific, and to make visible contribution to peace, stability and prosperity of the region, including overcoming the coronavirus.”
India and Australia have also emphasized the importance of regional security cooperation, which has been enhanced by previous lower-level meetings of the four countries.
A senior US official told reporters ahead of the meeting it would involve “an honest, open discussion about China’s role on the global stage,” referencing “challenges in the region” to free and open trade and commerce.
The Biden administration has said the Quad nations will announce financing agreements to support an increase in manufacturing capacity for coronavirus vaccines in India, something New Delhi has called for to counter China’s widening vaccine diplomacy.
US officials say the countries will also set up a group of experts to help distribute vaccines in the region, as well as working groups for cooperation on climate change, technology standards, and joint development of emerging technologies.
The United States wants to strengthen ties with allies and partners as China adopts an increasingly assertive foreign policy in Asia and beyond. Washington says the additional vaccine capacity will be used in immunization efforts in Southeast Asia, where Beijing is competing for influence.
The virtual meeting including Australian Prime Minister Scott Morrison and Indian Prime Minster Narendra Modi will aim to lay the groundwork for an in-person meeting later this year, the administration said.

“When governments come together at the highest level, this shows a whole new level of cooperation to create a new anchor for peace and stability in the Indo-Pacific,” he told reporters.
Among the issues to be addressed are supply chains exposed as heavily reliant on China during the pandemic.
However, Indian government sources said US curbs on exports of critical materials could hamper that effort and those to start large-scale distribution to Southeast Asia.
India, Australia and Japan have all faced security challenges from China, strengthening their interest in the Quad.

Cooperation among them dates back to their joint response to the Indian Ocean earthquake and tsunami in 2004.
The Quad was revived under the Trump administration, which regarded it as a vehicle to push back against China’s spreading influence.