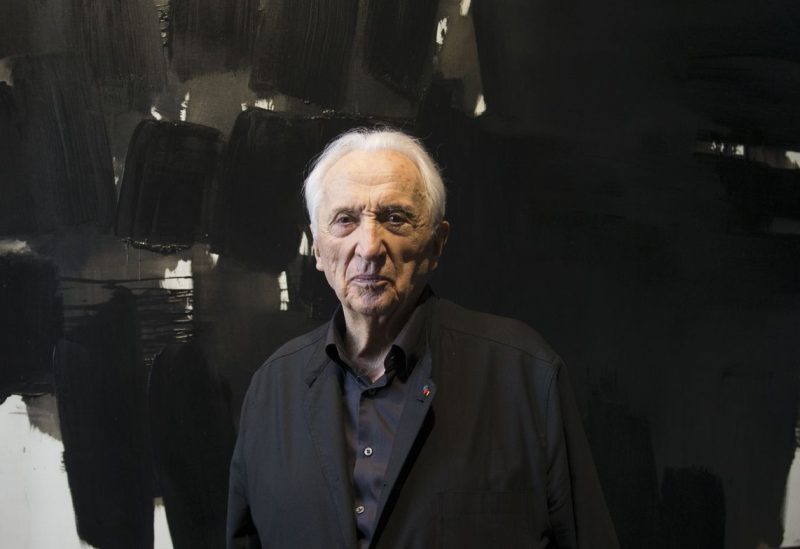 French painter Pierre Soulages poses near one of his paintings (143x202, November 19, 1964) after the inauguration of the Soulages Museum in Rodez, southwestern France, May 30, 2014. REUTERS/Philippe Wojazer

Pierre Soulages, the French abstract painter best known for experimenting with different shades of black, died on Wednesday at the age of 102, according to the museum dedicated to his life and work in his southwestern hometown of Rodez.

Soulages, who died on Tuesday evening in hospital, had worked exclusively with black since 1979, most notably in a series of works titled “Outrenoir,” or “Beyond Black.”

Soulages is survived by his wife Colette, who is 101.