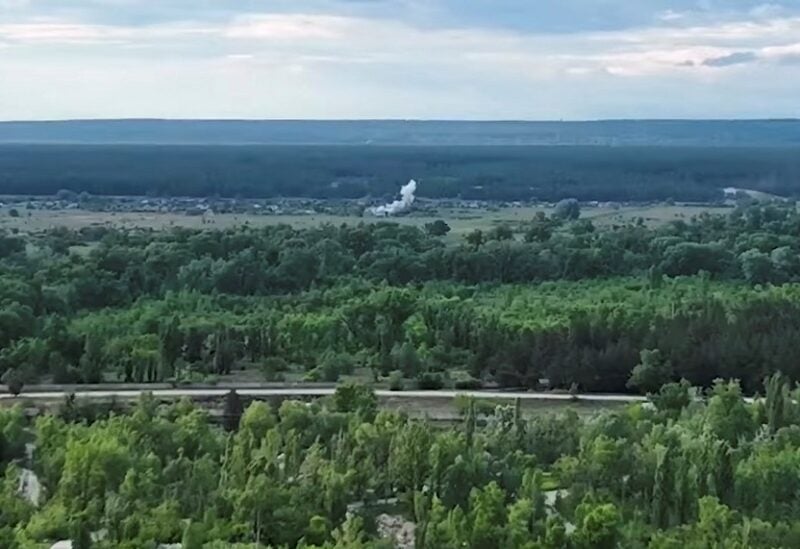 Smoke rises in the distance after an explosion of a building in this still image taken from a video released by Ukrainian military, which according to them shows Russian army position set up near a private house being attacked, amid Russia's invasion of Ukraine, in Vojevodivka, Luhansk region, Ukraine, released May 26, 2022. Special Operations Forces Command/Handout via REUTERS ATTENTION EDITORS - THIS IMAGE HAS BEEN SUPPLIED BY A THIRD PARTY. MANDATORY CREDIT.

Efforts to evacuate residents in the Luhansk area of eastern Ukraine were halted on Monday after a Russian shell struck an armoured vehicle, killing a French journalist, according to regional governor Serhiy Gaidai.

Gaidai wrote on the Telegram app that the shrapnel pierced the vehicle’s armour, killing the accredited French journalist travelling inside.

Gaidai provided a photograph of a press accreditation identifying the journalist.