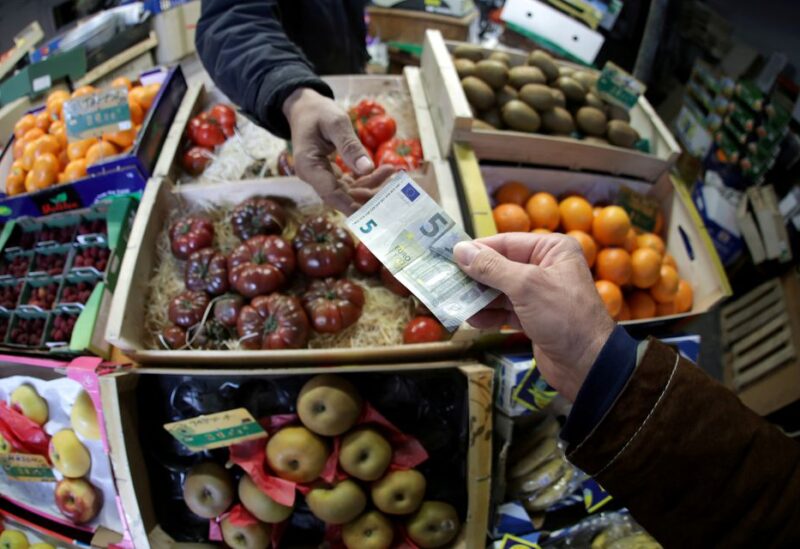 A shopper pays with a euro bank note in a market in Nice, France, April 3, 2019. REUTERS/Eric Gaillard

The bill next moves to the Senate, the upper house controlled by the conservative Les Republicains, in a preliminary test of President Emmanuel Macron’s capacity to strike concessions across party lines after losing his party’s overwhelming majority in recent elections.

The draft law also includes a pay rise for public sector workers, food checks and a mechanism for companies to make higher tax-free bonus payments to employees. The expected budget cost is about 20 billion euros ($20.4 billion).

Separately, debates for a finance bill will start on Friday afternoon that might include fuel discounts that could cost the government billions.

“If some people think that in order to relieve our compatriots, it is preferable to increase the discount from September onwards, which will be added to the discount that is given in total, I am open to this proposal,” Finance Minister Bruno Le Maire said on Friday.

Helping the French cope with a higher cost of living, mainly driven by soaring energy prices after Russia’s invasion of Ukraine, was one of Macron’s key promises after his first term saw street protests that drew fame as the yellow-vest movement.

Last month, France saw inflation of 6.5% on the year, in line with other euro zone countries.

The late-night vote followed heated debates in which politicians of the left-wing Nupes alliance, the largest opposition bloc, criticised the government for measures they said did not go far enough.

Securing 341 votes for the bill, with 116 against, the government was backed by Les Republicains and the far-right Rassemblement National, while Nupes lawmakers did not vote for it.