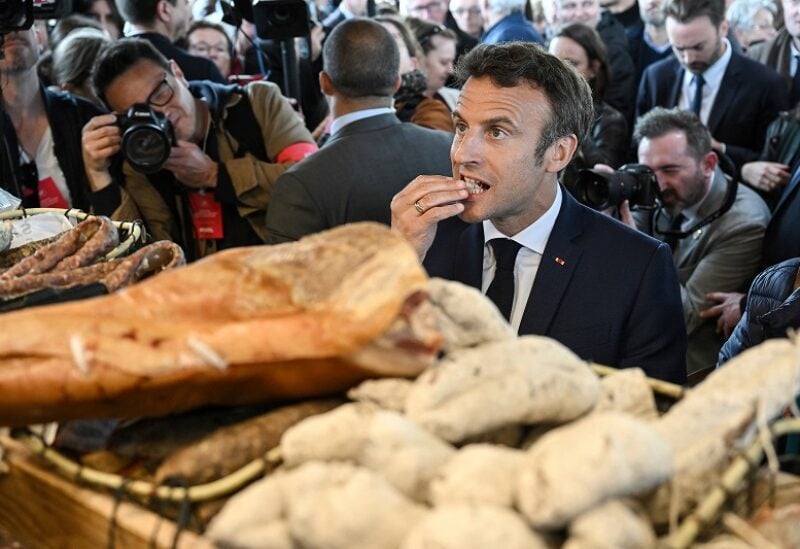 President Emmanuel Macron’s appeal for help to overcome a hung parliament, was brushed off by French parties from left and right, demanding he clarify what compromises he was ready to make to win their backing.
Before heading off to a European Union summit in Brussels, Macron late on Wednesday made a televised speech in which he acknowledged that this month’s parliament elections had laid bare “deep divisions” across French society.
Ruling out a government of national unity, he called on rival party leaders either to look at possible coalition options with his centrist alliance or to consider lending support for reforms on a bill-by-bill basis.
But the gambit was widely dismissed as an attempt to rally others to his policies while making few concessions.
“If he sticks to his project, he doesn’t have an absolute majority,” Socialist deputy Valerie Rabault told France Inter radio. “It will be him blocking France, not us.”
Bruno Retailleau, a senator for the mainstream right Republicans party considered Macron’s best hope of getting his economic reforms through parliament, ruled out any form of coalition saying there was no trust in Macron.
“For us it will be on a case-by-case basis,” he said.
Louis Aliot, vice president of Marine Le Pen’s National Rally (RN) which is now the second-biggest party in parliament, also dismissed the appeal. Far-left leader Jean-Luc Melenchon called Macron’s speech a “ratatouille,” a southern dish made by combining vegetables with lots of olive oil.
The reactions offer little hope of a swift way out of the impasse.
Voters delivered what is for France a rare hung parliament, with Macron’s centrist alliance 44 seats short of an absolute majority, and the far right and a broad leftwing alliance that includes the far left battling to be the main opposition force. The conservatives could be kingmakers.
Government spokesperson Olivia Grégoire qualified Macron’s implication that he wanted parties to clarify their stances within 48 hours, saying any further consultations would likely take weeks.
“He has started a dialogue which won’t end after 48 hours,” she told radio.