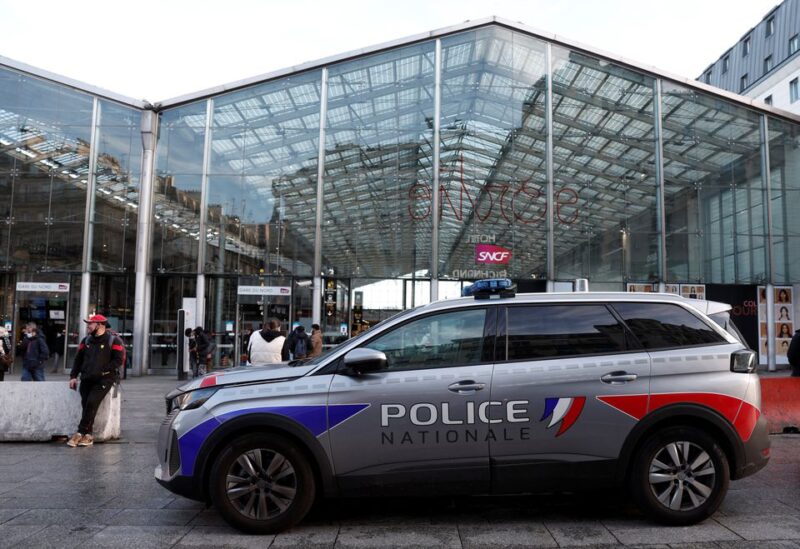 French police outside the Gare du Nord station after French police killed a person who attacked them with a knife inside the train station in Paris, France, February 14, 2022. REUTERS/Benoit Tessier

The incident was not thought to be terrorist-related, the minister said.

“The person who attacked them died on the spot,” Djebbari said, adding that two police officers had received minor injuries.

Gare du Nord is one of Europe’s biggest train stations and home to international train services connecting to Britain and Belgium. Djebarri said the incident had caused major traffic disruptions on Monday morning.

French Interior Minister Gerald Darmanin had said earlier that the incident took place at around 7 a.m. on Monday morning, adding that no members of the public had been hurt.

Djebbari told RMC Radio that the incident was not thought to be terrorist-related, and that the man who had been shot dead was already known to the police for hanging around in the Gare du Nord.

Worries over violent crime and terrorism are among key concerns for French voters, as people prepare to go to the polls for April’s presidential election.