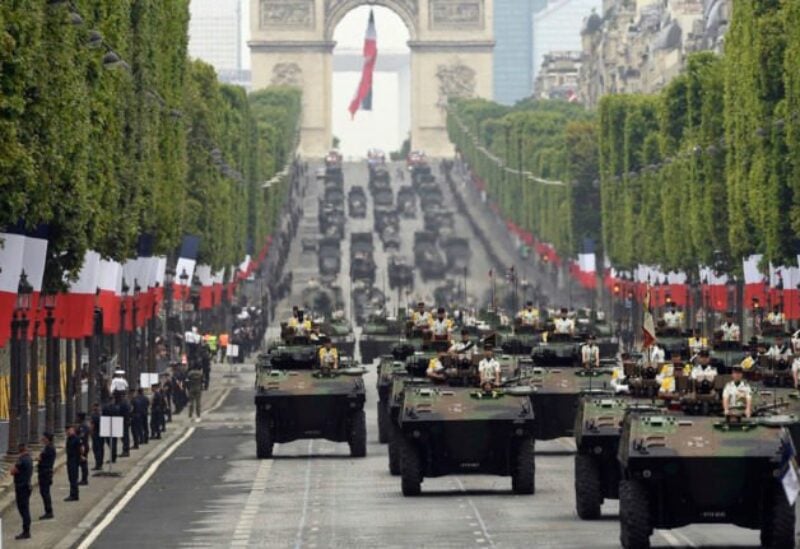 Thousands of French troops participated in a parade on the Champs-Elysee as France marked its national holiday. Last year’s celebrations were scaled back owing to the pandemic. French special forces involved in anti-terrorism operations were given a prominent role in the Bastille Day celebrations.

Thousands of troops participated in a parade on the Champs-Elysee as France marked its national holiday. Last year’s celebrations were scaled back owing to the pandemic.

About 80 members of French and European special forces drawn from the multinational Takuba Task Force in the Sahel region led the procession on foot.

It was a diplomatic message from Paris after French President Emmanuel Macron, who presided over the ceremony, announced a major withdrawal of French troops from the Sahel region last month.

He is banking on his often-reluctant European partners sending more troops to replace them.

Paris wants the task force, which currently comprises 600 troops, half of them French, to take over more responsibilities from the 5,100 soldiers involved in France’s Operation Barkhane, which was launched about seven years ago to tackle extremist groups in the Sahel.

The parade took place under grey skies and light rain, and was a smaller version of the traditional event, with only 10,000 spectators instead of the 25,000 who would normally be expected.

Attendance was limited and spectators were restricted to a small section of the parade.

They also had to show a special pass that proved they had been fully vaccinated against Covid-19, had recently recovered from the disease or tested negative.

In a special moment before the parade started, a trainee soldier proposed to his girlfriend, to the delight of onlookers.

The soldier was dressed in ceremonial uniform and a video of his proposal was posted on the army’s Twitter account.

“Everything is possible for our soldiers on the day of the #NationalDay. All our congratulations,” the army tweeted.