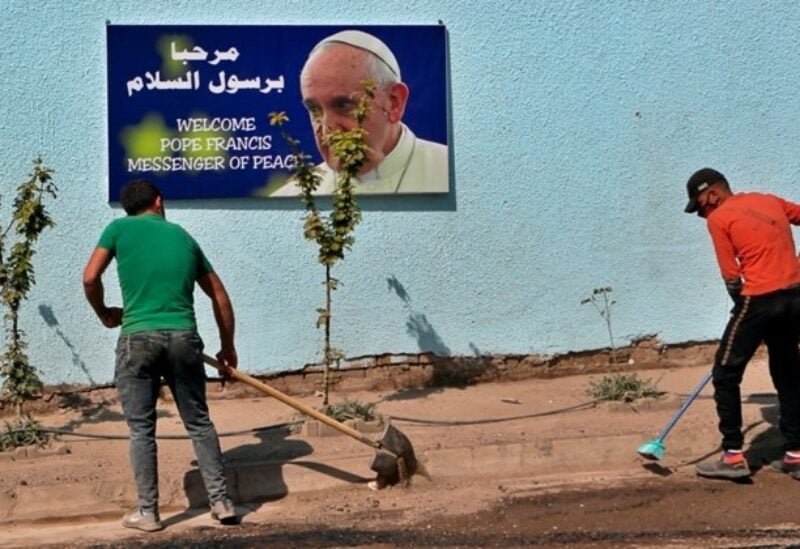 BAGHDAD: Seeing authorities in a rush to beautify streets and cities to host Pope Francis this week, young Iraqis took to social media Tuesday to throw in some extra requests.

“I ask the Pope to go around the hospitals, their bathrooms and their emergency rooms — maybe they’ll clean them,” wrote Layal al-Qudsi on Facebook.

Iraq’s health infrastructure has been worn down by decades of war, corruption and little investment, with patients often complaining of a shocking lack of hygiene.

Another user noted that the authorities had laid new pavement around the ancient city of Ur, where the Pope is due to hold an inter-religious service at the weekend, and wanted that campaign to be extended further north.

“I ask the Pope to travel by car along the main highway north. Maybe they’ll pave that too,” said Hussein Habib.

One Twitter user asked the 84-year-old pontiff to carry out a surprise visit somewhere in Iraq to get a better sense of what services were really like for citizens.

Many Iraqis even in the capital Baghdad live on streets that are not paved and flood in the winter, while most households only have a few hours of state-provided electricity per day.

The lacking public services prompted mass rallies in Iraq in 2019, but they died down following protest-related violence that left around 600 people dead and was condemned by the Pope at the time.

Montazar Mohanad jokingly asked the Pope for a “fatwa,” or religious edict in Islam.

“Guys, the Pope is just a religious figure — he’s not like our clerics, who have business companies, political parties and armed groups,” he added.

Many of Iraq’s most prominent politicians or paramilitary figures were at one time religious clerics, the most vocal among them being Moqtada Sadr, the former leader of the Mahdi Army which fought US troops in Iraq.

Ahmed al-Maliki, a young Facebook user, appeared to have given up on Iraq altogether.

“I ask the Pope to take me with him to the Vatican and then I can run away from there,” Maliki wrote.