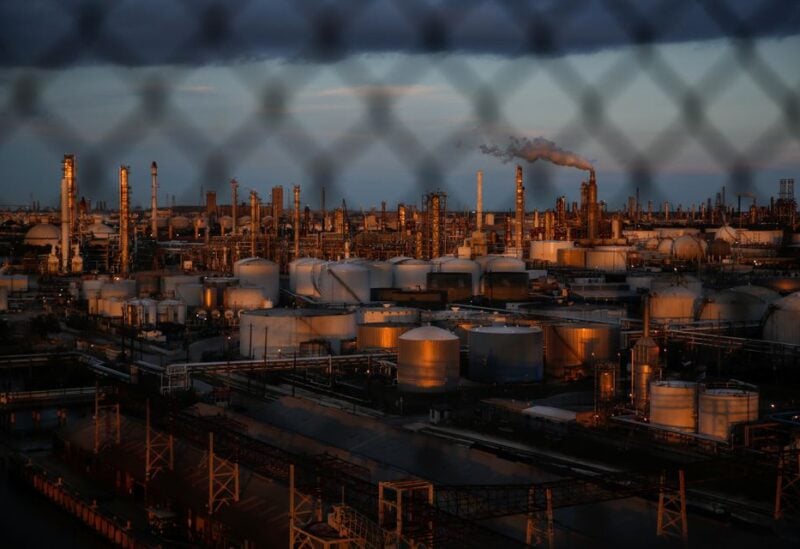 Chemical plants and refineries near the Houston Ship Channel are seen next to the Manchester neighborhood in the industrial east end of Houston, Texas, U.S., August 9, 2018. REUTERS/Loren Elliott/File Photo

Based on current corporate pledges to reduce emissions, the Group of Seven (G7) economies’ businesses are failing to reach the goals of the Paris Climate Agreement, according to non-profit disclosure platform CDP and global management consultancy Oliver Wyman on Tuesday.

As part of the international 2015 Paris Agreement, nations committed to reducing greenhouse gas emissions quickly enough to keep global warming below 1.5 degrees Celsius, which scientists think would prevent some of its worst impacts. The goal is to limit global warming to 2 degrees Celsius.

Across the G7, which consists of Britain, Canada, France, Germany, Italy, Japan and the United States, corporate emissions targets are overall on a 2.7°C warming trajectory, CDP and Oliver Wyman analysis showed.

“It is not acceptable for any country, let alone the world’s most advanced economies, to have industries displaying so little collective ambition,” Laurent Babikian, Global Director of Capital Markets at CDP, said in a statement.

“Momentum is growing, but as we approach COP27, we must get our 1.5°C goal off life support,” he added.

Collective emissions of U.S. and Canadian firms are seen matching the pace of decarbonisation required to restrict global warming to 2.8°C and 3.1°C, respectively, with the study stating that it is “largely the result of companies completely lacking targets, rather than targets that lack ambition”.

The study revealed that firms in Germany, Italy and the Netherlands had the most ambitious targets to lower emissions in the G7, as they align with 2.2°C on average, while France is at 2.3°C and the United Kingdom at 2.6°C.

“The analysis highlights big differences in ambition and willingness across companies to take a lead with their targets, and the urgent need to spread best practices further and faster,” Partner, Financial Services at Oliver Wyman James Davis said.

Nearly 200 countries will convene at COP27 climate summit in Egypt next November, after what has been for many a devastating summer of drought, heatwaves and other climate-linked extremes.