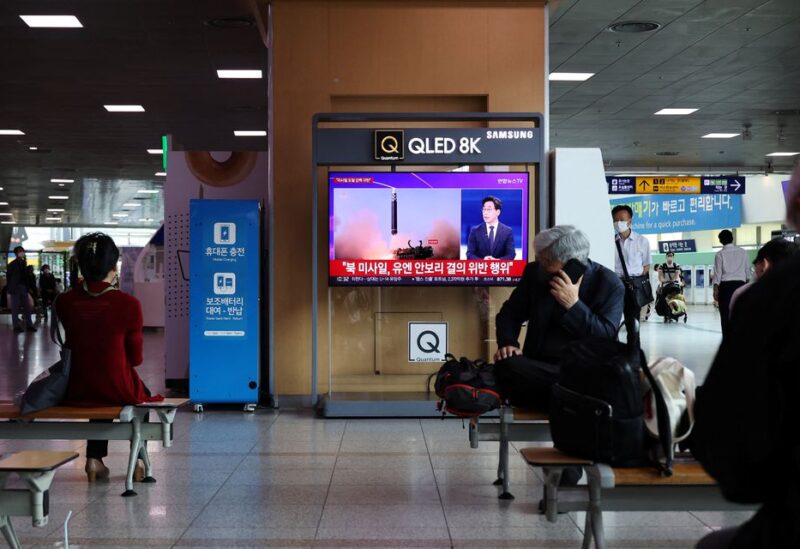 People watch a TV broadcasting a news report on North Korea's launch of three missiles including one thought to be an intercontinental ballistic missile (ICBM), in Seoul, South Korea, May 25, 2022. REUTERS/Kim Hong-Ji/File Photo

North Korea’s latest intercontinental ballistic missile launch was criticized by the Group of Seven major economies on Monday, and all UN member nations were urged to condemn the nuclear-armed state’s conduct.

“We are very concerned by the unprecedented series of ballistic missile tests with increasingly versatile systems across all ranges,” the foreign ministers of Canada, France, Germany, Italy, Japan, the United Kingdom and the United States said in a statement together with the European Union’s top foreign policy official.

North Korea fired three missiles last Wednesday, including one thought to be its largest intercontinental ballistic missile yet, following a trip to Asia by U.S. President Joe Biden.