G7 should show strong will on Russia’s offensive in Ukraine: Japan PM Kishida 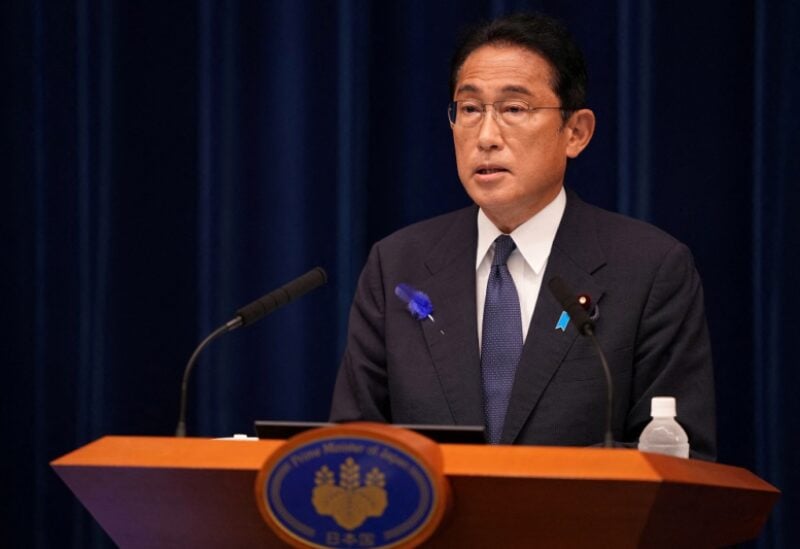 He also stressed the importance of standing up to Russia’s invasion of Ukraine, saying if a unilateral change to the status quo went unchallenged, the same would happen elsewhere, including in Asia – an apparent reference to China’s vow to reunite with self-governed Taiwan, by force if necessary, Reuters reported.

The Japanese Prime Minister, who is in Washington on the last stop of a tour of G7 industrial powers and has been seeking to bolster long-standing alliances, met United States President Joe Biden for a bilateral meeting and the two leaders issued a joint statement which said that any use of a nuclear weapon by Russia in Ukraine would be an act of hostility against humanity and justifiable in any way.
Hitting back, former Russian President Dmitry Medvedev accused Fumio Kishida of shameful subservience to the US and suggested he should ritually Japanese Prime Minister should disembowel himself. A prominent ally of President Vladimir Putin, Medvedev said the nuclear statement showed “paranoia” towards Moscow and “betrayed the memory of hundreds of thousands of Japanese who were burned in the nuclear fire of Hiroshima and Nagasaki”- in a reference to the US dropping atomic bombs on these two Japanese cities in 1945. Medvedev said that rather than demanding repentance for this, Kishida showed that he was “just a service attendant for the Americans”. Kishida made no mention of these comments by the former Russian President.