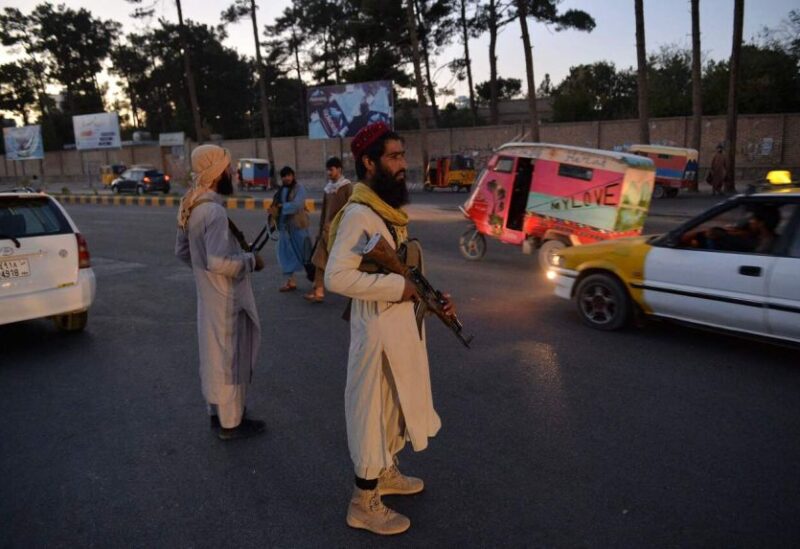 G7 foreign ministers on Thursday called on the Taliban to “urgently reverse” a ban on women working in Afghanistan’s aid sector.

The ban is the latest blow against women’s rights in Afghanistan since the Taliban reclaimed power last year.

The hardliners also barred women from attending universities earlier this month, prompting global outrage and protests in some Afghan cities.

The G7 ministers along with those of Australia, Denmark, Norway, Switzerland and the Netherlands said in a joint statement they were “gravely concerned that the Taliban’s reckless and dangerous order… puts at risk millions of Afghans who depend on humanitarian assistance for their survival”.

“We call on the Taliban to urgently reverse this decision,” they said in the statement issued by Britain’s foreign ministry.

It comes after six aid bodies suspended operations in Afghanistan in response to the ban.

They included Christian Aid, ActionAid, Save the Children, the Norwegian Refugee Council and CARE.

The International Rescue Committee, which provides emergency response in health, education and other areas and employs 3,000 women across Afghanistan, also said it was suspending services.

“Women are absolutely central to humanitarian and basic needs operations. Unless they participate in aid delivery in Afghanistan, NGOs will be unable to reach the country’s most vulnerable people to provide food, medicine, winterization, and other materials and services they need to live,” the G7 statement said.

“The Taliban continue to demonstrate their contempt for the rights, freedoms, and welfare of the Afghan people, particularly women and girls,” it added.

Christian Aid has warned that millions of people in Afghanistan are on the “verge of starvation”.

“Reports that families are so desperate they have been forced to sell their children to buy food are utterly heartbreaking,” said Christian Aid’s head of global programs Ray Hasan.

A ban on women aid workers would “only curtail our ability to help the growing number of people in need”, he added.

The Taliban’s ban has come at a time when millions across the country are dependent on humanitarian aid provided by international donors through a vast network of NGOs.

Afghanistan’s economic crisis has only worsened since the Taliban seized power in August last year, which led to Washington freezing billions of dollars of its assets and foreign donors cutting aid.

After the minister of higher education banned women from universities, charging that they too were not properly dressed, protests were forcefully dispersed by the authorities.

Since returning to power in August last year, the Taliban had already barred teenage girls from secondary school.

Women have also been pushed out of many government jobs, prevented from travelling without a male relative and ordered to cover up outside of the home, ideally with a burqa.

Adding their voice to the call to reverse the ban, UN agency chiefs said female staff were “key to every aspect of the humanitarian response in Afghanistan”.

“They have access to populations that their male colleagues cannot reach…. They save lives,” said the Inter-Agency Standing Committee on Afghanistan, which brings together UN and other international humanitarian aid organizations, in a statement late Wednesday.

“Their participation in aid delivery is not negotiable and must continue.”

The G7 grouping takes in Canada, France, Germany, Italy, Japan, the UK, US as well as the European Union.