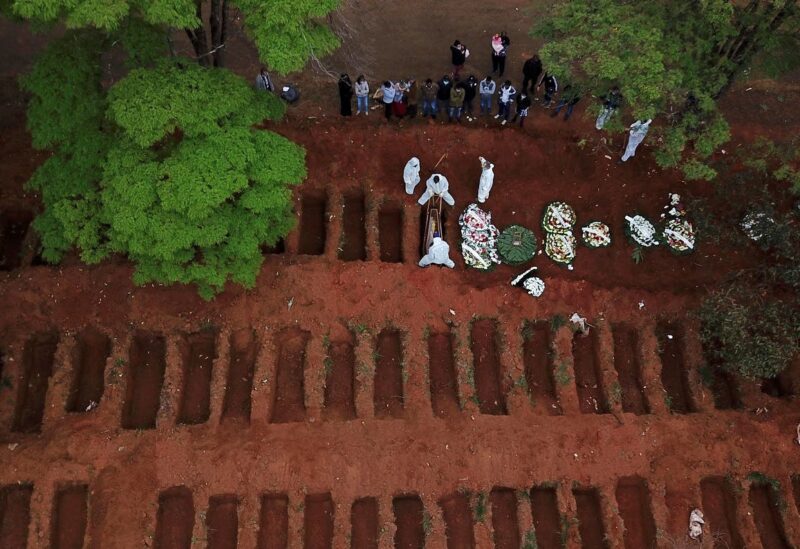 The sick and dying are rapidly pushing Gaza’s hospitals close to capacity amid a spike in coronavirus cases in the impoverished Palestinian territory, health officials reported.

Palestinians fear a combination of poverty, vaccine skepticism, medical shortages, poor COVID-19 data and mass gatherings during Ramadan could speed up the increase, which began before the start of the Muslim holy month on April 13.

Gaza health officials said nearly 70% of intensive care unit beds were occupied, up from 37% at the end of March. There were 86 fatalities over the past 6 days, a surge of 43% over the week before.

“The hospitals are almost at full capacity. They’re not quite there yet, but severe and critical cases have increased significantly in the last three weeks, which is a matter of concern,” said Dr Ayadil Saparbekov, head of the World Health Organization’s Health Emergencies Team in the Palestinian Territories.

Gaza’s daily positivity rate reached as high as 43% this week, although Saparbekov said that tally could be inflated because a shortage of tests meant they were mostly given to people already showing symptoms.

Saparbekov also noted that Gaza does not have the capacity to identify highly infectious coronavirus variants when testing, meaning there is little data on them.

Graveyards are also feeling the strain. In Gaza City, gravedigger Mohammad al-Haresh told Reuters he had been burying up to 10 coronavirus victims daily, up from 1 or 2 a month ago.

“Wartime was difficult, but COVID-19 has been much harder for us,” said Haresh, who dug graves throughout the 2014 Israel-Gaza war.

“In war, we would dig graves or bury the dead during a truce or ceasefire. With the coronavirus, there is no truce.”

The situation in Gaza is a stark contrast to Israel, where a world-beating vaccination rollout has led to more than 53% of Israelis being fully inoculated.