Gaza reconstruction clouded by dispute over Israelis held by Hamas 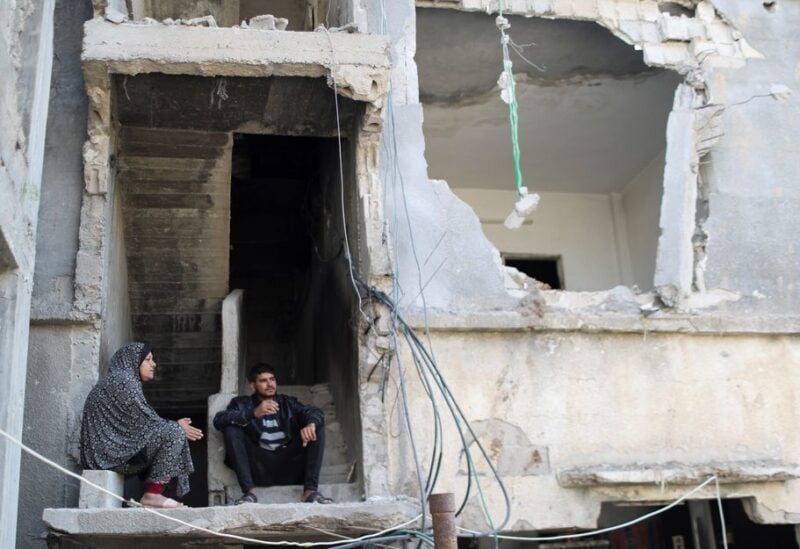 Palestinians sit on the debris of their house that was destroyed in Israeli air strikes during Israeli-Palestinian fighting, in Gaza, June 9, 2021. Picture taken June 9, 2021. REUTERS/Mohammed Salem

Reconstruction of Gaza after last month’s fighting between Israel and Hamas is being held up by a dispute over the fate of Israelis long held by the Islamist group and a lack of clarity over how to prevent it from accessing aid funds, officials say.

The Gaza government says 2,200 homes were destroyed and 37,000 damaged by Israeli shelling during 11 days of cross-border exchanges. Rebuilding those dwellings and wider Gaza infrastructure will cost some $500 million, the government says.

Egypt and Qatar, which helped broker a May 21 truce, have pledged $500 million each for reconstruction in the Palestinian enclave, two-thirds of whose 2 million residents rely on aid.

Israel says that can proceed only if it makes headway in efforts to recover two soldiers missing in action in a 2014 Gaza war as well as two civilians who slipped separately into the enclave.

“It’s reconstruction in exchange for progress on the missing,” a senior Israeli official told Reuters, declining to specify what Israel – which has declared the two missing soldiers dead – would consider “progress”.

Hamas, which has not detailed the four Israelis’ condition, says talks about them must be based on a swap for Palestinians imprisoned in Israel, not aid. Israeli Prime Minister Naftali Bennett has long opposed releasing jailed Palestinian militants.

With the ceasefire largely holding, Israel on Monday began allowing fuel into Gaza for the first time in weeks, after easing up import and export restrictions on the Strip last week.

But the prospect for aid has been complicated up by Israel’s demand – supported by U.S. President Joe Biden – that the funds not be used to arm Hamas. Israel says Hamas bears blame for investing money in its military build-up rather than Palestinian welfare. Hamas denies this.

The Biden administration also wants to involve internationally-backed Palestinian President Mahmoud Abbas in the Gaza reconstruction. But Abbas has not wielded clout in Gaza since losing control of it to Hamas in a brief 2007 civil war.

Hamas – deemed a terrorist group by the West – has pledged not to touch donor money. One of its appointees, Deputy Minister of Public Works and Housing Naji Sarhan, said mediators were months away from coming up with a workable funding mechanism.

Sarhan, who has taken part in Cairo-based talks, said rubble from the May fighting would be cleared by the end of July and that “within three months, I think, we will see the start of the reconstruction of Gaza, especially the buildings and the roads infrastructure. This is what we are hearing.”

Sam Rose, officer in charge of Gaza affairs for the U.N. aid agency for the Palestinians, UNRWA, told Reuters last week that the agency launched a $162 million campaign for early recovery plans, including humanitarian assistance to displaced families.

Asked when rebuilding could begin, Rose said: “I can’t give you a time frame right now. It depends upon facts beyond our control.”

For people like Mohammad Ghabayen, who has been living in a U.N.-run school since his house was hit by an Israeli air strike in May, the uncertainty was agonising.