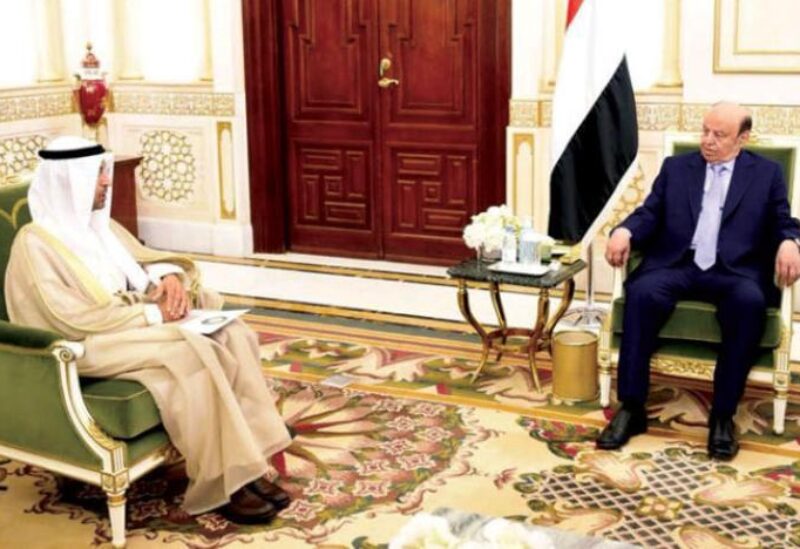 He conveyed the greetings of the GCC leaders, who reiterated their support to the legitimate government under Hadi’s rule and the efforts to achieve economic stability, normalize security conditions and alleviate people’s suffering, Yemen’s official news agency Saba reported.

He underscored the GCC firm position in support of Yemen’s legitimacy and the need to end the crisis through a political solution based on the Gulf Initiative and its implementation mechanism, the outcomes of the national dialogue conference and UN Security Council Resolution 2216.

Hajraf pointed to the work done to complete the implementation of the Riyadh Agreement to unite efforts in the decisive battle against the Iranian-backed militias.

Hadi, for his part, hailed the GCC constant support to the Yemeni government despite all challenges and harsh conditions the country is going through due to the continued coup and the war waged by the Houthi militias, who are keen to waste opportunities to resolve the situation through peaceful means.

He underlined the militias’ escalation, which indicates their intention to import Iran’s experience into Yemen by force.

Talks touched on people’s suffering caused by the war and Houthi crimes, practices and violations against Yemenis.

Both sides also stressed the need to put an end to the Houthi vicious attacks targeting populated areas in the Kingdom and the United Arab Emirates.