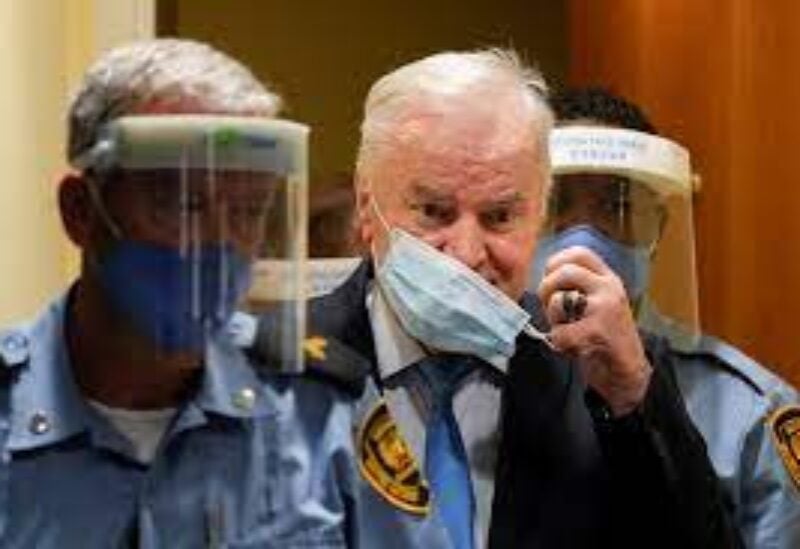 Mladic, 78, was the commander of Bosnian Serb forces during the 1992-95 war in Bosnia. In 2017, he was found guilty of genocide, crimes against humanity, and war crimes, including terrorizing the civilian population of Sarajevo during a 43-month siege and the 1995 massacre of over 8,000 Muslim men and boys in the Bosnian town of Srebrenica.

He had been found guilty by a jury and sentenced to life in jail, but he appealed both the verdict and the term.

Mladic will stay in detention in The Hague while procedures are made for his transfer to a state where he would serve his sentence, according to the appeals judges. He has not yet been assigned to a country.

So far, fourteen European countries have accepted United Nations court offenders to serve out their sentences. Radovan Karadzic, a former Bosnian Serb political leader, was transported to a British prison in May of this year.

Lawyers for Mladic had argued that the former general could not be held responsible for possible crimes committed by his subordinates. They sought an acquittal or a retrial.

Prosecutors had asked the appeals panel to uphold Mladic’s conviction and life sentence in full. They also wanted him to be found guilty of an additional charge of genocide for a campaign of ethnic cleansing in the early years of Bosnia’s war that included detention camps that shocked the world.

That prosecution appeal was also dismissed.

Mladic had been found guilty by a lower ICTY court of playing a key part in some of the most heinous atrocities committed on European territory since World War II’s Holocaust.

The judges decided that Mladic played a critical role in the Srebrenica genocide because he oversaw both the military and police forces involved in the round-up and massacre.

The court ruled that “the accused’s conduct were so crucial to the commission of the offenses that the offenses would not have been perpetrated as they were” without them.