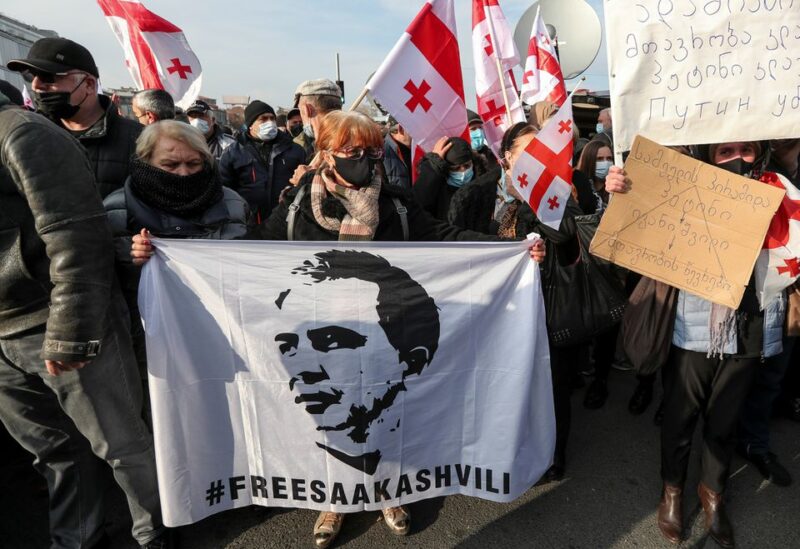 Georgian authorities have proposed to move hunger-striking former President Mikheil Saakashvili to a military hospital in the city of Gori, a justice ministry spokeswoman said on Friday, amid mounting concerns for his health.

The spokeswoman said she did not know when the transfer would take place. She said Saakashvili, who has demanded to be taken to a civilian hospital, had the right to refuse.

The Sputnik Georgia news service quoted Justice Minister Rati Bregadze as saying: “Now everything depends on him… The health and life of Saakashvili will be maximally protected by the state.”

Georgia’s human rights commissioner said on Wednesday that Saakashvili, 53, was being mistreated by other inmates in a prison hospital and needed to be moved to intensive care to avoid the risk of heart failure, internal bleeding and coma after more than a month and a half on hunger strike.

The former president was arrested on Oct. 1 after returning from exile to rally the opposition on the eve of local elections. He faces six years in prison after being convicted in absentia in 2018 of abusing his office during his 2004-2013 presidency, charges he rejects as politically motivated.

The United States on Thursday urged Georgia to treat him “fairly and with dignity” and it was closely following his situation.