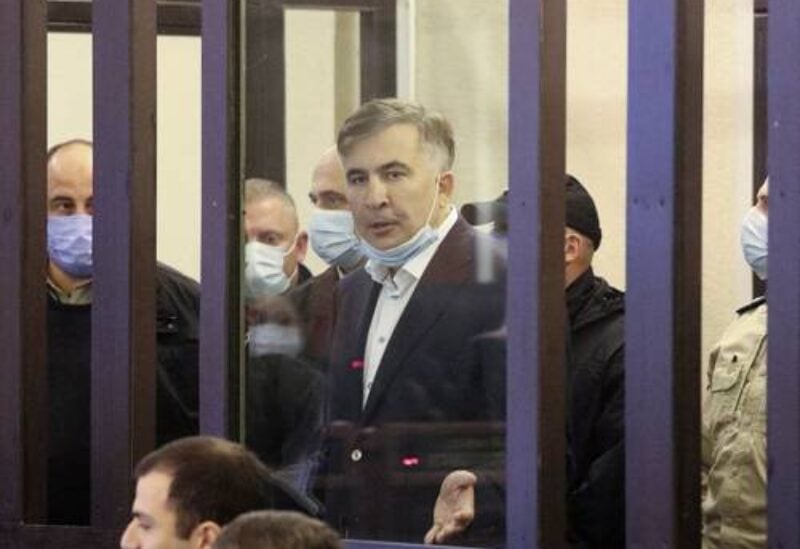 Former Georgian President Mikheil Saakashvili’s supporters clashed with police, and 15 were arrested, according to the interior ministry, when he appeared in court on Monday to contest allegations of abuse of authority.

Ten days after finishing his hunger strike, the 53-year-old made an hour-long combative address in which he disputed the charges leveled against him.

On the eve of local elections, Saakashvili was detained on October 1 after returning from exile to organize the opposition. He faces six years in jail after being convicted in absentia of abusing his position in 2018, allegations he dismisses as politically motivated.

Saakashvili’s lawyer Beka Basilaia said the ex-president had rejected a new charge relating to the violent dispersal of an opposition rally in 2007, saying he had taken political responsibility at the time by resigning and getting himself re-elected.

Addressing the 2018 convictions, Saakashvili defended his right to pardon ex-policemen accused of murdering a banker and rejected as hearsay the evidence presented against him in another case involving the beating of an opposition member of parliament.

The former leader smiled and waved on entering the court, showing no apparent ill effects from the seven-week hunger strike. Prison authorities said at one point during the protest that Saakashvili was accepting baby food.

He denied this but said he was drinking juice. read more

He called off the protest on Nov. 19 after authorities agreed to move him to a military hospital from a prison hospital where the country’s human rights commissioner had said he was being verbally abused by fellow inmates and not receiving proper medical treatment.